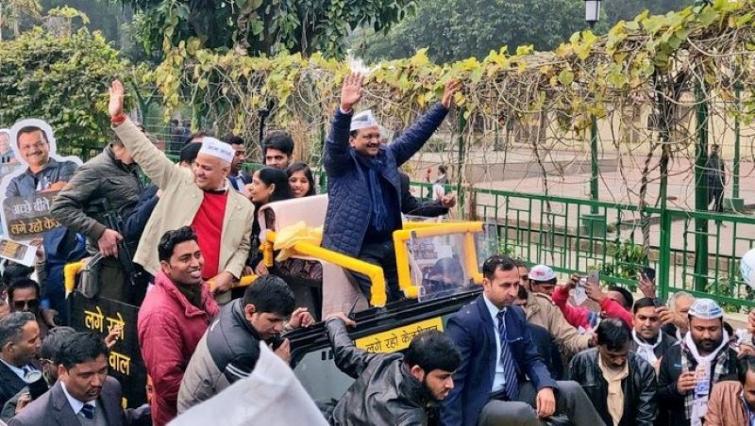 Kejriwal, who held a massive roadshow in the national capital, failed to reach Patel Chowk where he was supposed to file his nomination by 3 pm which was the deadline for the day.

So the Aam Aadmi Party (AAP) convener, who will contest from New Delhi constituency, had no choice but to return without filing nomination on Monday.

Before beginning the roadshow on Monday, Kejriwal sought blessings from his parents and also prayed at Valmiki Mandir.

Interacting with media, the Chief Minister said, "There is a satisfaction for fulfilling people's expectations. I am confident that the people of Delhi will vote us to power once again. We expect to return to power with a good majority."

Few days ago, the AAP had released its list of candidates for the 70 assembly seats.

The Delhi assembly elections are scheduled to be held on Feb 8 and the votes will be counted on 11th of the same month.