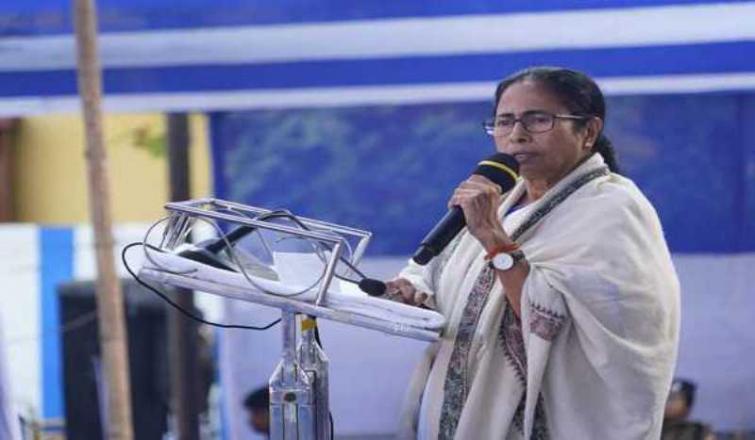 Do not be afraid of NRC, CAA: Mamata Banerjee

Inaugurating the Uttarbanga Utsav, Banerjee said, "We won’t let them divide the country. This is our country. We are proud of our culture. We all have the same red blood. And this festival is a celebration of our culture. "

"Do not be afraid of NRC or CAA. I am here with you. This is our State, our land. We don’t come here only during the time of the election, " she added.

"The NPR exercise is asking for parents’ documents. That is why I postponed it. Even I won’t be able to submit that document, " the Chief Minister averred.

"Now they are saying parents’ certificates are not mandatory. If a column in the form is vacant, that means this is incomplete. Those forms will be rejected, and they will never get citizenship, " she asserted.

"All States have different opinions and cultures but the same love for a united India. We have also promised land for the Press club. That is under process. We will keep our promise," Banerjee said.

"I have come to know that some people from the Opposition parties are attacking innocents, and so have ordered the police to tackle the issue sternly."

"We are all citizens and so are all equal. We need Bengalis, non-Bengalis, tribal people, Rajbangshis, other minority communities to stay together. Humanity is above all else, "Banerjee iterated.

The Chief Minister will start her anti-CAA rallies in the hills of North Bengal from January 22 as scheduled earlier.

She gave away the Banga Ratna Award to nine achievers including social activists, sportspersons and teachers, consisting of a trophy and Rs 1 lakh.

She also announced Rs 10,000 each for 10 meritorious students from each of the nine districts of north Bengal, totalling 90 students.