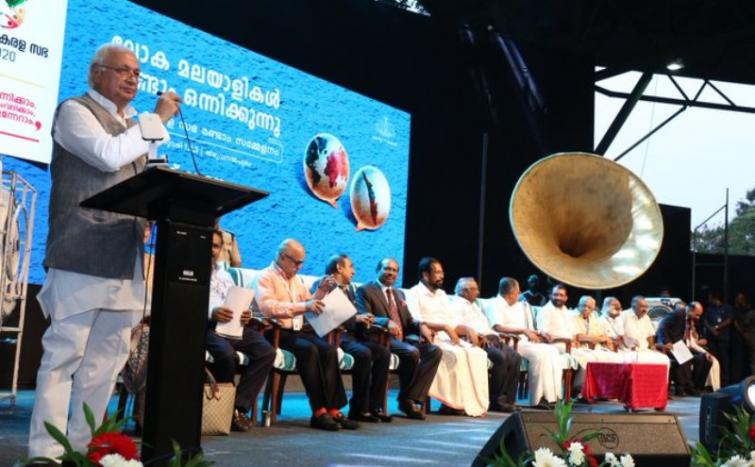 Thiruvananthapuram/UNI: Kerala Governor Arif Mohammad Khan on Monday rejected Kerala Government's explanation on its decision to approach the Supreme Court (SC) against the Citizenship Amendment Act (CAA) without informing him.

The Governor's reaction was followed by Chief Secretary Tom Jose's visit to the Raj Bhavan on Monday morning to explain the Government's stand on the matter.

Speaking to mediapersons here, the Governor said the justification in this regard by the State Government was not acceptable.

"The explanation by the Government is not acceptable. Our duty is to abide by the Constitution and law. Nobody is above the law and has no right to violate the rule. I will not allow to collapse the mechanism of law in the State," the Governor said.

"They have gone to the SC (Supreme Court) without informing me. That is an unlawful act. It was not legally correct. Their explanation is not satisfactory," he added.

To a question on CPI(M) General Secretary Sitaram Yechury's comment that Governor posts are irrelevant in the country, Arif Khan said if their party comes to power with peoples' mandate, they can take such a decision.

"At present, they have no such mandate," he said.