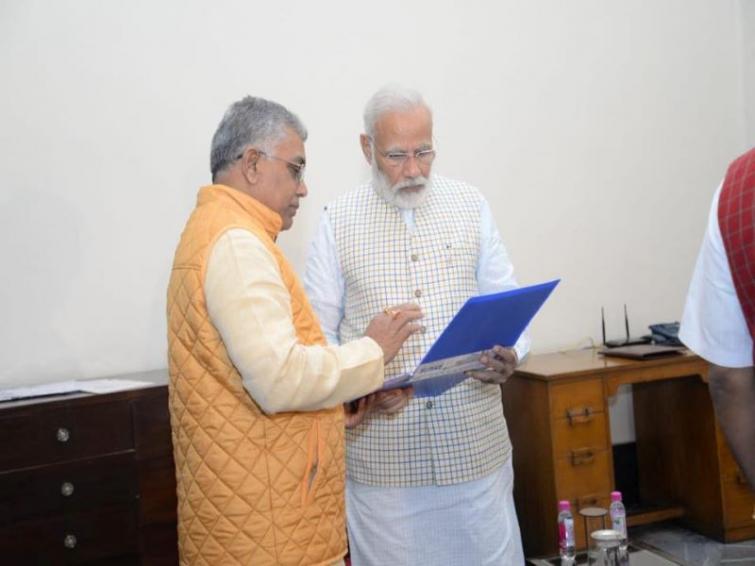 Kolkata/IBNS: BJP leader Dilip Ghosh has been given the charge of the state party unit for the second term amid controversy over his "shoot like dogs" comment.

Ghosh has been embroiled in a controversy over his comments on CAA protesters being shot like dogs in BJP ruled states. While criticising Mamata Banerjee government at a public meeting in West Bengal's Nadia, for not opening fire and ordering a lathi-charge against those who destroyed public property during CAA agitation, he had said, "Mamata Banerjee has no guts to take action against those who had resorted to arson. Those who damaged the public properties must be shot to death like dogs like our governments did in Uttar Pradesh, Assam and Karnataka."

However, he said he had not spoken anything without thinking though was criticised by BJP Asansol MLA Babul Supriyo for being "irresponsible" with his words.

He also cited the police violence against the Gorkhaland supporters in Darjeeling.

Police firing killed 11 Gorkhas after that. Communists, too, killed six Forward Block members and many refugees at Morirjhapi," he argued.