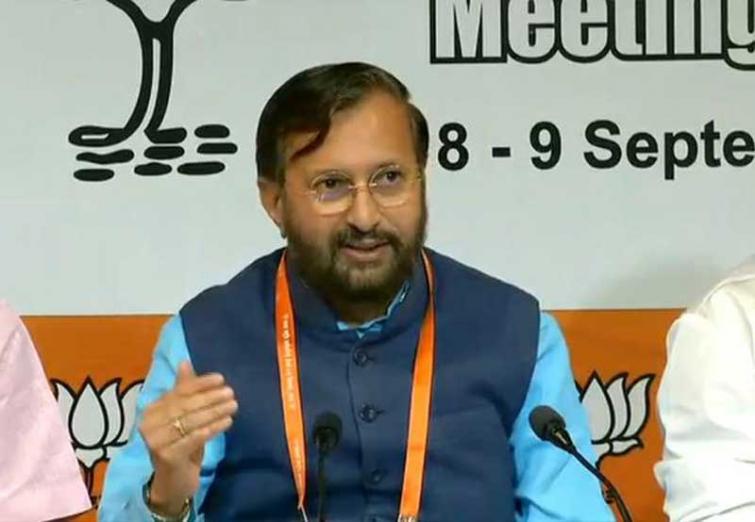 "Kejriwal deviated from the path shown by Anna and his basic principles and cheated the people of Delhi for five years," Javadekar said here, after induction of a group of AAP workers and volunteers of Anna Hazare's movement in BJP.

Anna Hazare never wanted any political party to be formed, but, it was Kejriwal, who formed a new party to enter politics, the Union Minister said.

Javadekar further hit out at Mr Kejriwal, accusing him of considering people from Uttar Pradesh and Bihar as 'intruders'.

The Minister alleged that the AAP chief was deliberately trying to incite violence by spreading misinformation among the people about the Citizenship Amendment Act (CAA), but the people of Delhi were aware of the new Act.

He said the CAA was not going to take away the citizenship of any Indian, but, it was enacted to grant citizenship to the refugees, who have been persecuted from the neighbouring countries of Pakistan, Bangladesh and Afghanistan.

The national capital will go to elections to the 70-member Assembly, in a single phase, on Feb 8.

Counting of votes will be held on Feb 11.

As many as 1.47 crore electors, including more than 66 lakh women voters, will exercise their franchise on Feb 8.