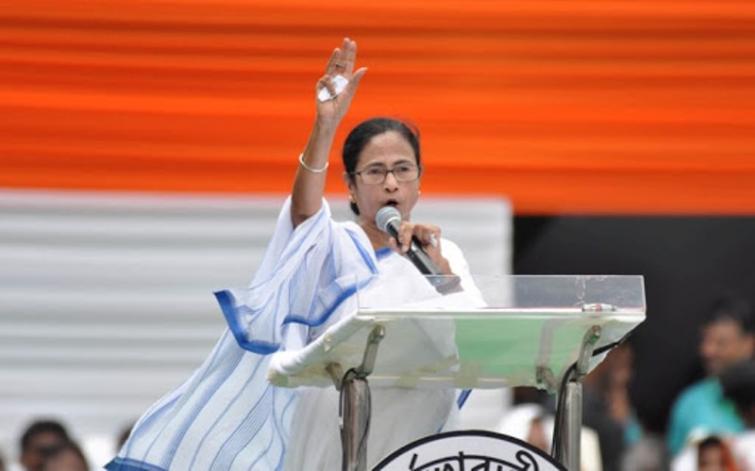 Kolkata/IBNS: The West Bengal government has imposed Section 144 of the Criminal Procedure Act (CrPC) to stop the Bharatiya Janata Party(BJP)from holding rallies to drum up support for the new citizenship law, media reported.

This is the first time, the Trinamool Congress government in the state used the law to prevent BJP's pro-CAA rallies in the state, reported Hindustan Times.

While anti-CAA rallies rocked West Bengal with widespread violence and destruction of public property last month, the state government has decided to clamp down on rallies in support of the new law.

Both the incidents took place in North Bengal where the BJP had wrested all the Lok Sabha seats from TMC in 2019 Lok Sabha elections.On Jan 12, BJP Bengal unit general secretary Sayantan Basu and the party’s Cooch Behar district unit president Malati Rava Ray were prevented from reaching Stalkichi where they were scheduled to hold a pro-CAA rally which the BJP has named Abhinandan Yatra.

“We were told by the administration that restrictions under Section 144 had been imposed in anticipation of unrest. We went ahead and held a meeting where we were stopped. We will move the Calcutta high court against these tactics of the government. The TMC cannot muffle us. They are scared of the BJP and possibly hallucinate that our presence will lead to some kind of war,” HT quoted Basu.

On Monday, Basu and Bengal BJP Yuva Morcha (youth front) president Debjit Sarkar were stopped by police from reaching for another Abhinandan Yatra in the Malgalpur area in South Dinajpur district and told people were not allowed to gather as Section 144 had been imposed.

Later, a case was registered against the two leaders after they blocked a road and held a meeting close to district administration's office, the report added.

The BJP leaders said that they had no information about the restriction even when the dais was being set up and chairs were being placed at the venue in the morning.

Dhiman Mitra, deputy superintendent of police said the restrictions were imposed as law and order problem was anticipated.

“Maintaining law and order is the responsibility of the administration and it has to do its job. Before accusing the state of using Section 144 against it, the BJP should first control its own state president who talks of shooting protesters. BJP has never been stopped from holding meetings and processions,” minister of state for parliamentary affairs and senior TMC leader Tapas Roy was quoted by HT.