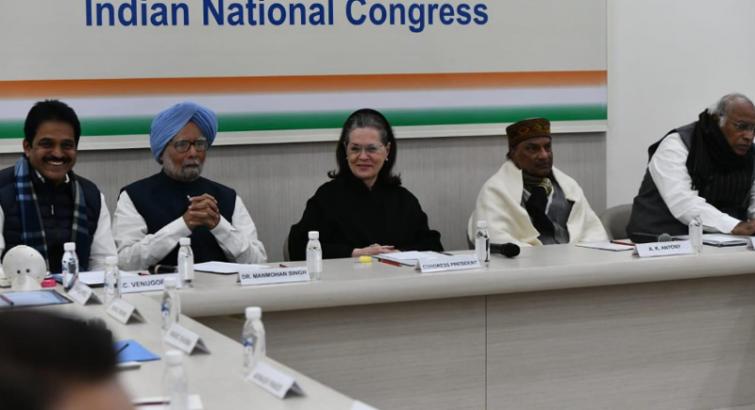 New Delhi/IBNS: At a time when the country witnessed massive protests over numerous issues, including the new citizenship law passed by the centre, the opposition leaders are going to meet in New Delhi on Monday to discuss current political scenario of the nation.

Two key opposition leaders are not going to attend it, media reports said.

West Bengal Chief Minister Mamata Banerjee will not attend it.

Leaders of the Congress, Left parties, Dravida Munnetra Kazhagam (DMK) and Rashtriya Janata Dal (RJD), among others, will hold talks in the afternoon, attempting to put up a united front against the BJP on these issues, reported Hindustan Times.

The meeting was called by Congress president Sonia Gandhi.

She called the meeting at a time when the nation witnessed massive protests over numerous issues like Citizenship (Amendment) Act, or CAA, the National Register of Citizens (NRC) and the National Population Register (NPR).

Formulating a strategy to counter the government on CAA, NRC and NPR will top the agenda of the meeting, according to two opposition leaders who spoke on the condition of anonymity, reported Hindustan Times.