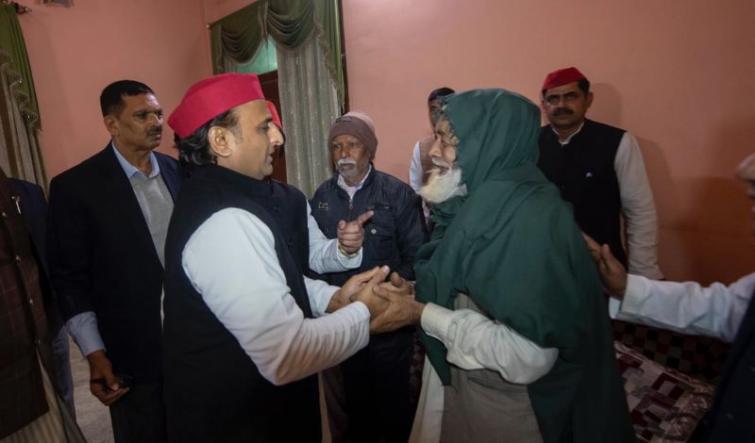 Kanpur/UNI: Samajwadi Party president Akhilesh Yadav on Thursday met the family members of the deceased who was killed in the violence during the CAA protest here on December 20.

Yadav, the former Uttar Pradesh chief minister, went to the residence of Rais in Babupurwa area and met the family of Rais to express his condolence. He also handed over a cheque for Rs 5 lakh to them.

Later, talking to media, the SP president reiterated that his party will continue to fight against the CAA-NRC and will not allow the government to implement it.

"We will boycott the NCR/NPR in any form and if required, the party is ready to make any sacrifice for it ," he announced.

The SP has announced Rs 5 lakh compensation to the families of those killed during the CAA protest in the state last month.