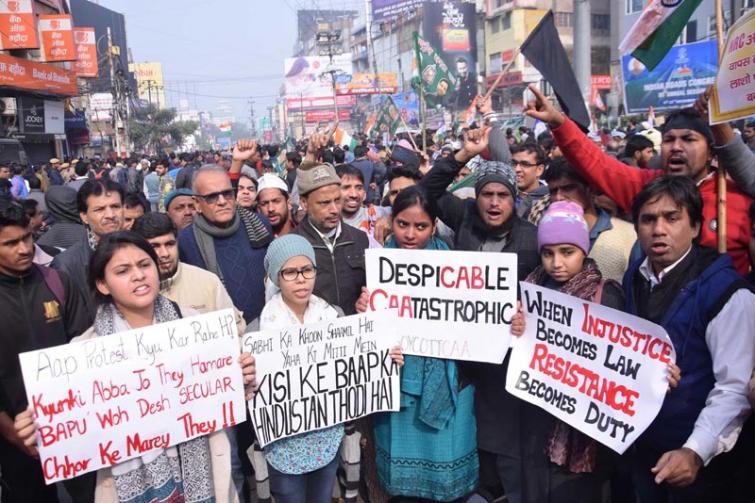 New Delhi/UNI: Delhi University students, including those from the prestigious St Stephens College and Delhi School of Economics, on Wednesday protested against the violence at Jawaharlal Nehru University campus that took place on Sunday evening leaving over 30 students and faculty members injured.

Students of Stephens college boycotted classes and read out preamble to the Constitution in view of the solidarity with JNU and also voiced against the CAA and NRC.

Students of Delhi University's North Campus demonstrated against the CAA and NRC and voiced support to the Bharat Bandh that was called by the trade unions on Wednesday.

Peaceful protests continued at the Jamia University and Shaheen Bagh area against the CAA and NRC even as showers lashed the city while JNU students also continued to protest against the violence at campus on Sunday.

Late on Tuesday night women students of the JNU marched inside the campus despite the rains protesting against the violence and also the cases levelled against their student unions president.

So far, there have not been any arrests in connection with the JNU violence while the probe into the matter is underway by the Delhi Police Crime Branch.