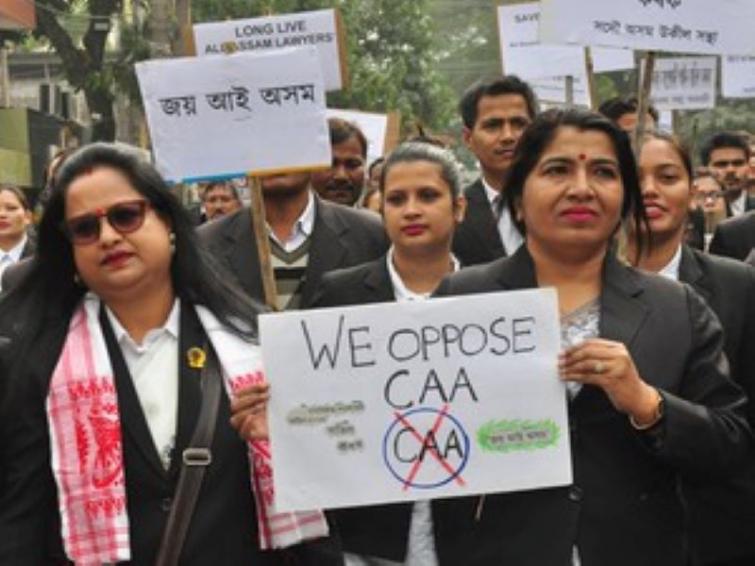 Guwahati/IBNS: While massive protests against the Citizenship (Amendment) Act, 2019 or CAA are going on in Assam by various organizations, students, citizens of the state, Assam state BJP on Tuesday organized a peace rally in support of the CAA at Biswanath Chariali in Assam’s Biswanath district.

Hitting out at the anti-CAA agitators, Assam finance minister Dr Himanta Biswa Sarma said that, Assam now has faced a big problem from the Ajmal.

The Assam minister said that earlier there was only an Ajmal in the state, but now there are lakhs of Ajmal and it brings a big threat to the indigenous people of Assam.

“But the anti-CAA agitators have not been mentioned it and they are silent over it,” Himanta Biswa Sarma said.

The BJP, AGP leaders also took out a silent procession in support of the CAA.

On the other hand, several hundreds of local people, activists of different organizations, senior citizens staged protest against the Citizenship (Amendment) Act at Biswanath Chariali.

The protesters shouted slogans against the act, BJP-led government and demanded the scrapping the CAA immediately.