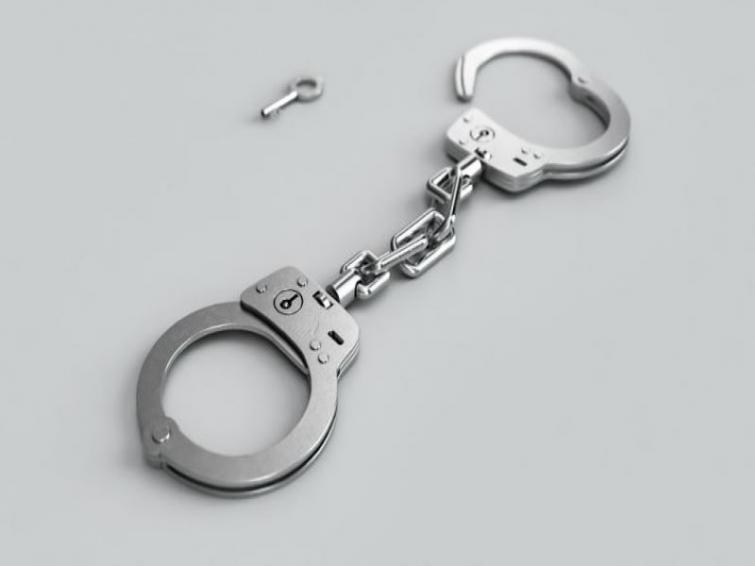 Based on secret input, police led by Superintendent of Police (North) Bhanupada Chakraborty conducted a raid in Silchar bound passenger train that had come from Agartala at Panisagar station last evening.

Two suspects identified as Phanijoy Reang of Manikpur in Dhalai district and Samprai Debbarma of Mandai in West Tripura was detained.

However, the third member of the team somehow managed to flee from the train evading police eyes.

After hour-long interrogation, police got to know the details of the escaped member of NLFT and launched a search. Finally, in the evening Kanti Marak of Khedacherra village in North Tripura, near Mizoram border was picked from Dharmanagar station area.

During search police seized one 9mm Pistol along with 6 live rounds, NLFT’s extortion notices, list of targeted people to whom they intended to serve notice in future and many other incriminating documents from their possession. They also admitted their association with NLFT and future plan of action to revive their activities in the state.

According to police, about two weeks ago NLFT had served notice to East Tripura Loksabha MP of BJP Rabati Tripura accusing him of betraying indigenous people by voting in support of Citizenship Amendment Act (CAA) in parliament and warned him social boycott.

The NLFT has also declared that Rebati was unfit for holding the office of MP. The letter signed by self-claimed Secretary General of NLFT D Uomthai said, illegal
immigrants are ‘tearing apart’ lives, culture, economy, polity and society of tribals in Tripura.

Claiming that the CAA has failed to address roots of political conflict in the outfit has accused the MP that his vote in favour of the Bill was ‘quid pro quo’ or for personal gain.

It has also asked MP Rebati Tripura to justify his stand as to why he should not be boycotted socially and also declared him ineligible for holding the charge of his office.

Police became active, thereafter, against NLFT’s movement and their revival strategies influencing innocent tribal youths by instigating their communal sentiment where CAA appeared to be a tool to reorganize insurgency in the state, said a senior policeman, adding, “These three are involved in threatening the MP and we have got many more details of their future plans though NLFT is non-existent now.”