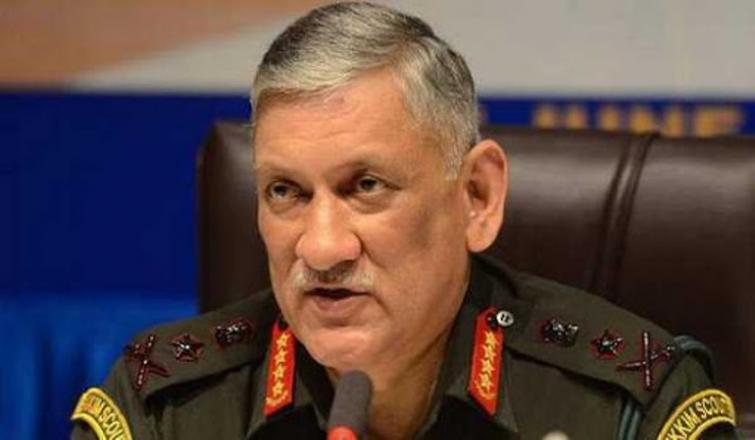 New Delhi/UNI: Army Chief General Bipin Rawat on Friday asserted that the Indian armed force is an "extremely secular" entity driven by the principles of insaniyat (humanity) and sharafat (decency).

His comment came a day after he said students leading crowds to carry out arson and violence is not leadership amidst ongoing protest by students over Citizenship Amendment Act and National Register of Citizen throughout the country.

“We not only ensure the protection of the human rights of our own people but also that of our adversaries. We deal with prisoners of war in accordance with the Geneva Convention,” the Army Chief said.

He said that unlike armed forces across the world, terror groups are not answerable to international law.

“We have to carryout counter-terrorism and anti-insurgency operations by identifying and alienating insurgents without causing collateral damage. This can be done only by winning the people's hearts, which becomes very challenging and difficult,” Gen Rawat added.

General Rawat said that a human rights cell created by the army headquarters in 1993 was now being upgraded to the level of a directorate headed by an Additional Director General.

“It will also have police personnel to address complaints of human rights violations against armed forces and facilitate related enquiries,” he said.

A court of inquiry is held after every anti-terror operation and relevant records are also maintained to ensure transparency, the Army chief said.