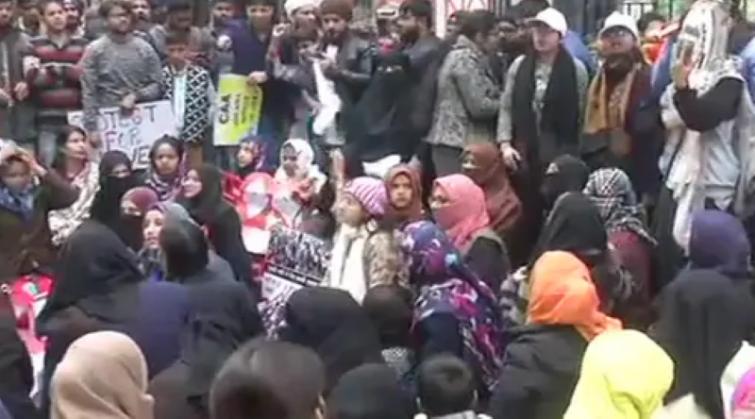 Delhi/IBNS: A section of students of Jamilia Islamia University will gherao the UP Bhawan in the national capital to protest against the Yogi Adityanath government in Uttar Pradesh over the deaths during the violent Citizenship Amendment Act protests.

News organisation India Today quoted the Jamia Coordination Committee, the convener of CAA protest, saying that the Uttar Pradesh government is "firing bullets" at the CAA protesters and today's gherao by the students has been planned to register their protest against the state government.

The committee has also demanded the resignation of Adityanath, the India Today reported.

According to the committee, 20 people have died in the protests, 67 shops in Muzaffarnagarhave been shut and thousands have been arrested across Uttar Pradesh, the report quoted the commitee as saying.

On Dec 15, the residents of Jamia Nagar allgedly pelted stones at the policemen after. Jamia students have been protesting against the amended citizenship law after it was passed by parliament.

The Jamia Coordination Committee has appealed for peaceful protests today. However,police has made elaborate arrangements to avert any law and order situation.