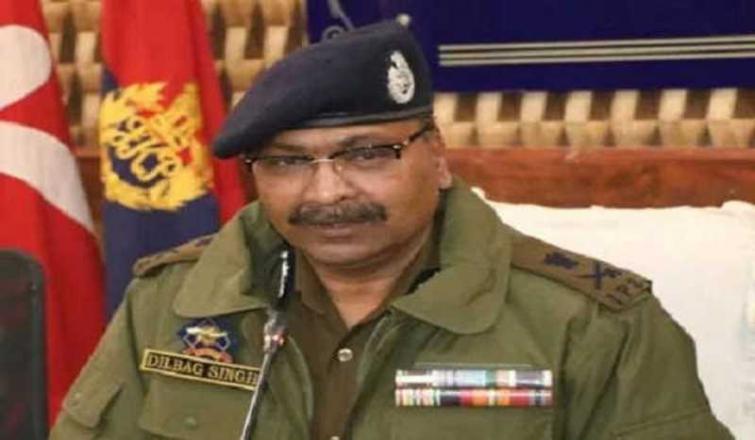 Jammu/UNI: Jammu and Kashmir Director General of Police Dilbag Singh on Monday said that anti-infiltration grid on borders managed to successfully foil the infiltration attempts from across the border.

"There is an increased number of ceasefire violations by Pakistan, aimed at pushing (in) terrorists," Singh told reporters here, on the sidelines of Passing Out Parade at Vijaypur Police Training Centre of Samba district.

The DGP informed that on Sunday, police had conducted two very successful operations, in which one terrorist of JeM, an associate of a terror commander in Pakistan Omer Bhai, was arrested in Tral area of Pulwama District.

He said in the second operation, police arrested a terrorist, who was working with Lashkar-e-Toiba commander Sajad Hyder in Sopore and his arrest has further led to the busting of a four-member terror module in Sopore.

Earlier, the police chief also inspected the parade and took the salute on march past. Total 281 Recruit Constables passed out after completion of their basic training.

The DGP hoped that by their joining, the organisation will get more strength and emphasised upon the pass outs to be committed and contribute in the mission of force in achieving peace and eradicating crimes from Jammu and Kashmir.

The DGP advised the Passout Jawans to follow today's oath throughout the service and be always ready to provide selfless service to the people and the nation under any circumstance.

Referring to the profile of the pass out constables, the DGP said he was impressed by their technical and academic qualification and asked the ADGP Armed to utilise the skills of these constables in the best possible manner, so that better results were achieved for the department.

The DGP said the commitment and professionalism of Jammu and Kashmir Police being discussed and appreciated across the country was because of the priceless sacrifices given by the brave and courageous personnel of the country.

He appreciated the mediapersons for covering the police events and projecting the work of the force in a positive way and added that it encouraged the personnel to work with more dedication.