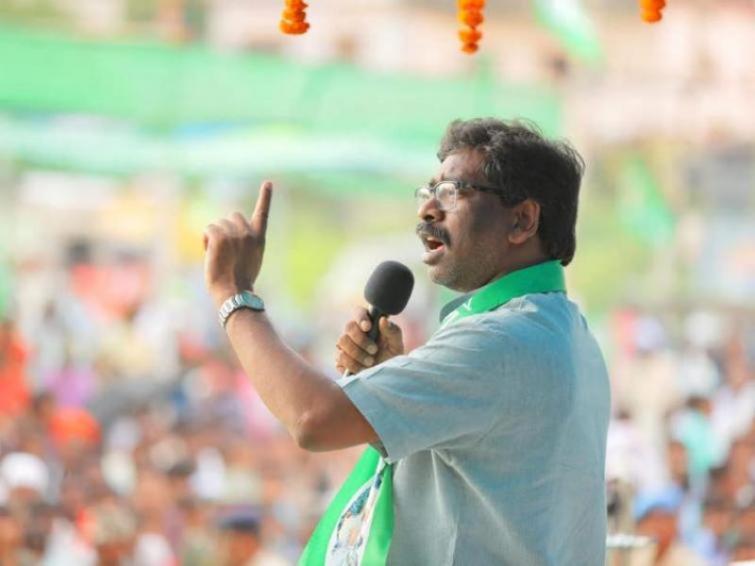 We thank people of Jharkhand for giving us mandate: Hemant Soren

Ranchi/IBNS: Thanking the voters of the state for giving his party Jharkhand Mukti Morcha (JMM) and its alliance partners a mandate in the Assembly polls, Hemant Soren on Monday said a new chapter in the history of the region will begin from now on.

"We promise we will not shatter the dreams of the people," said Soren, who is all set to become the CM of the state, while addressing a press conference on Monday as the result of the Assembly polls came out where JMM-Congress seems to be coming to power by overthrowing the Bharatiya Janata Party.

"I am thankful to the people of the state for giving us the mandate," he said while addressing a press conference.

"Today, we need to make a resolution for the state so that the dreams and aspirations of people could be reached," he said.

He thanked his alliance partners like Congress and its leaders over the poll result.

As per trends at 5 pm, the JMM-Congress alliance is ahead or won 44 seats while the BJP has bagged or won 27.

Jharkhand voted in five phases in the Assembly polls.