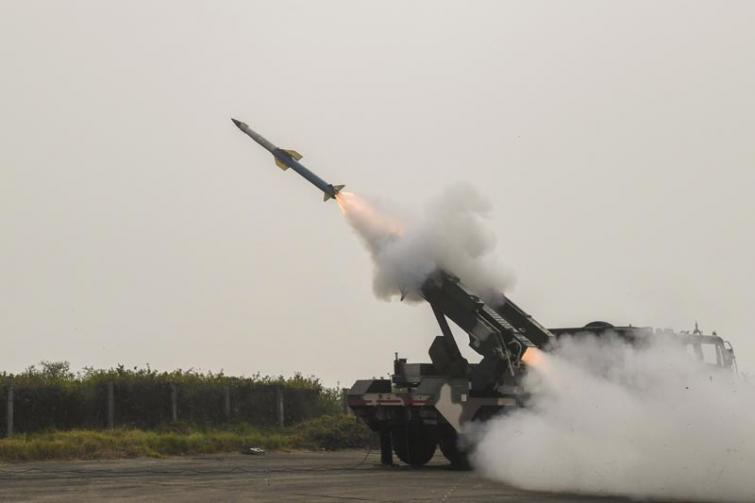 The missile was flight-tested with full configuration in deployment mode intercepting the target mid-air, meeting the mission objectives, read a government statement.

Both radars are four-walled having 360-degree coverage with search on move and track on move capability. The system is compact with minimum number of vehicles for a firing unit.

The missile successfully engaged the aerial target
establishing its capability.

Director General (Missiles and Strategic Systems) MSR Prasad was present during the trial.