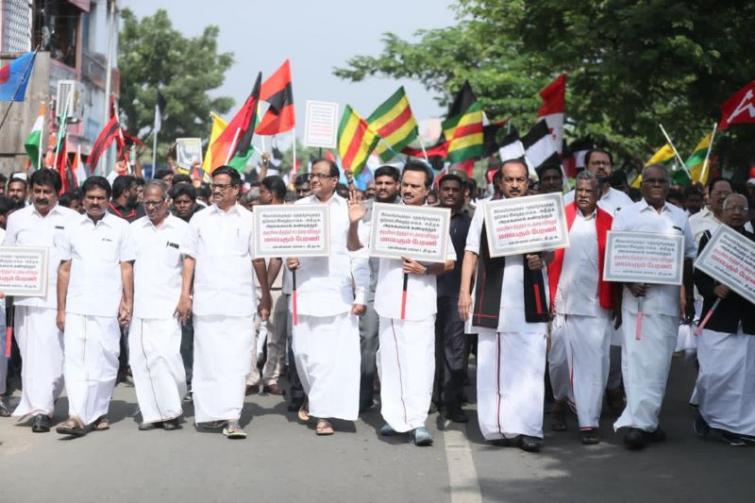 Ranchi/IBNS: Despite getting no permission from police, DMK chief MK Stalin led a massive protest against the Citizenship (Amendment) Act, 2019, in Chennai on Monday.

Security has been beefed up across the city to prevent any untoward incident.

Violent protests have been taking place across the nation against the controversial CAA which will grant citizenship to Hindu, Sikh, Christian, Buddhist, Jain, Parsi but not Muslim refugees who came to India from Bangladesh, Pakistan and Afghanistan before 2015.

Several states have already opposed the implementation of CAA though Union Home Minister Amit Shah said the citizenship is a matter of the Centre.

Prime Minister Narendra Modi on Sunday at a rally in Delhi said no Indian Muslims will have to worry about CAA as the Act will grant citizenship and not snatch it from anyone.