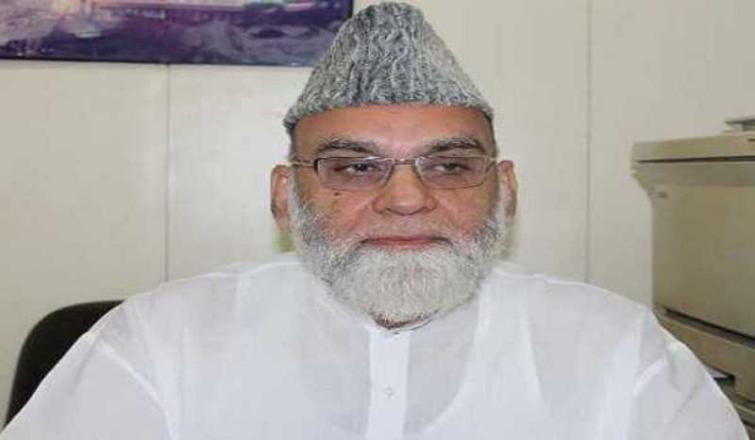 CAA has nothing to do with Indian Muslims: Shahi Imam of Delhi's Jama Masjid

New Delhi/IBNS: Urging all protesters to check their emotions while agitating, Shahi Imam of Delhi's Jama Masjid, Syed Ahmed Bukhari, has stated the Citizenship (Amendment) Act, 2019, has nothing to do with the Muslims in India, media reports said.

"Under Citizenship Amendment Act (CAA), the Muslim refugees who come to India from Pakistan, Afghanistan, and Bangladesh will not get Indian citizenship. It has nothing to do with the Muslims living in India," said Bukhari.

"There is a difference between CAA and National Register of Citizens (NRC). One is CAA that has become a law, and the other is NRC that has only been announced, it has not become a law," he added.

Though Prime Minister Narendra Modi, Union Home Minister Amit Shah both inside and outside Parliament had clearly stated the Act- which will grant citizenship to all non-Muslim refugees who came to India from Bangladesh, Pakistan and Afghanistan before 2015, will not take away citizenship of any one living in the country, several opposition political parties resorted to protesters against the Act targeting the ruling Bharatiya Janata Party (BJP).

The protests by Jamia Millia University students turned violent on Sunday evening when several vehicles were set on fire.

On Thursday, the protests touched various cities across the nation while police detained 100 people including historian Ramchandra Guha for protesting against the CAA in the national capital.