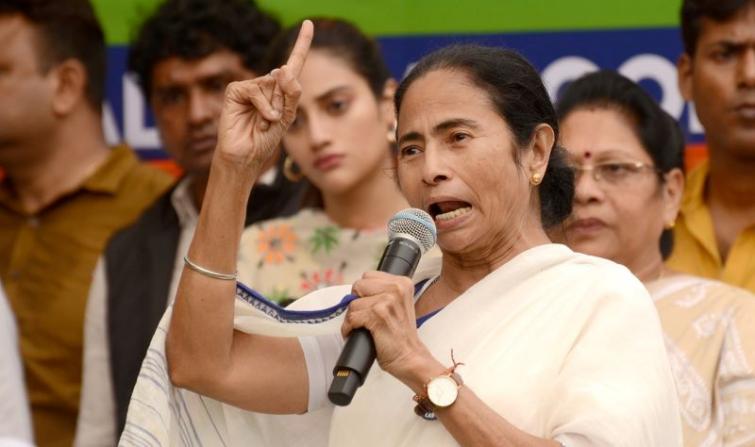 Home Minister's job is not to ignite fire but douse it: Mamata counters Amit Shah over CAA implementation

Kolkata/IBNS: In her all-out attack against the Centre for the third straight day, West Bengal Chief Minister and Trinamool Congress (TMC) supremo Mamata Banerjee on Wednesday said a Home Minister's job is not to ignite fire but douse it a day after Amit Shah reiterated that the Citizenship (Amendment) Act, 2019, will be implemented in all states under any circumstances.

Speaking almost entirely in Hindi after holding an anti-CAB and anti-National Register of Citizens (NRC) rally from Howrah Maidan to Kolkata's Esplanade, Mamata mainly targeted Home Minister Shah and said, "Why did Amit Shah say that CAB (CAA) will be implemented at a time several states in the country are on boil."

"I urge you to control your party and maintain peace in the country," she added.

Shah in an interview with India Today on Tuesday said, "The opposition parties are giving political statements. CAA will be implemented across the nation."

The Chief Minister also said the ruling Bharatiya Janata Party (BJP) wants to divide people on the basis of religion and she won't fall in that trap.

Mamata reiterated her Monday's statement saying, "The CAA and NRC are the two sides of a lollipop."

The Chief Minister has once again accused the central government of cancelling all trains in the state over the violent incident which took place in last few days.

"They have cancelled all trains and disconnected south Bengal from north Bengal," Mamata said a day after calling the violent incidents over the CAA protest as "small incidents".