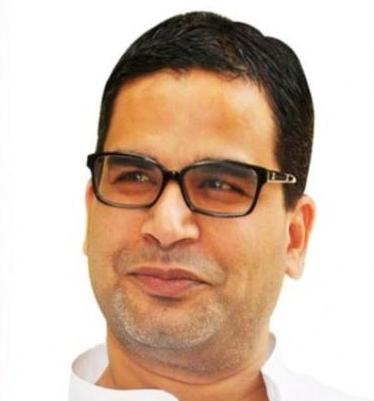 Patna/UNI: Inspired with the support extended to him by Bihar chief Minister Nitish Kumar despite his stand contrary to JD(U) on CAB, party leader and strategist Prashant Kishor today alleged that the National Register of Citizens of India (NRC) was equivalent to “demonetisation of citizenship.”

Prashant Kishor who vociferously vented his disappointment over the Citizenship (Amendment) Act (CAA) through his tweets in social media, continued his tirade on the micro blogging site . He tweeted on Sunday that “The idea of nationwide NRC is equivalent to demonetisation of citizenship....invalid till you prove it otherwise.”

A day after Nitish Kumar rejected his resignation, Prashant Kishor tweeted that the biggest sufferers would be the poor and the marginalised.

Earlier amid long drawn tug of war between Prashant Kishor and other senior leaders of JD(U) including Rajya Sabha member Ramchandra Prasad Singh (RCP), Lok Sabha MP Rajiv Ranjan alias Lalan Singh, Party state president Vashishth Narayan Singh Bihar Information and Broadcasting Minister Neeraj Kumar and some other minority leaders of the party over the contentious amendments to the Citizenship Act, Prashant Kishor called on Nitish Kumar and closeted with him to discuss the matter.

It is learnt that Prashant Kishor offered to quit but Kumar turned down his resignation proposal.

While talking to media persons after the meeting, Prashant Kishor opined that CAB was not a major cause of concern but it could be problematic in combination with the NRC which would compile the names of only genuine citizens.

Earlier taking advantage of the twitter war over the vexed issue, the JD(U) Rajya sabha MP, RCP had entered into the political loggerheads with Prashant Kishor and had openly asked him to choose his path.

While talking to media persons Prashant Kishor had pooh poohed the comments of RCP saying that he does not mind RCP's comments who being a senior leader spoke whatever he wished.

He said there was no need to make mountain out of a molehill.

Prashant Kishor, considered to be a close confidant of Nitish Kumar, claimed that Nitish Kumar told him to not worry in case any leader of his party says anything about him.

Nitish Kumar who is the national president of JD(U), will take a call after his Jal- Jivan_Hariyaali Yatra on who was right and who was wrong, said Prashant Kishor.