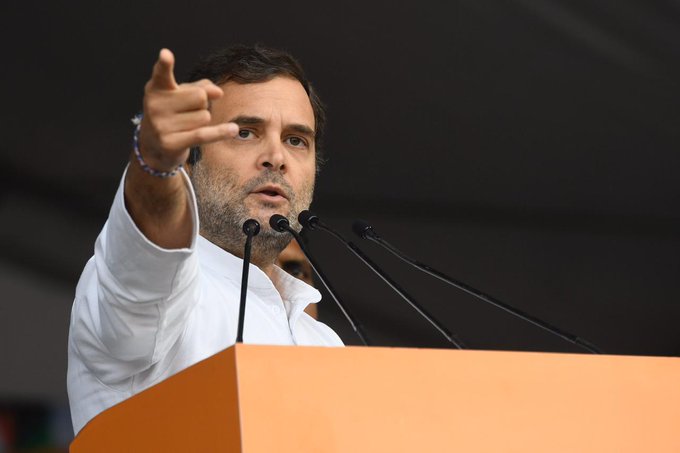 BJP lashes out at Rahul Gandhi for his 'Savarkar' barb, says his name should be 'Rahul Jinnah'

New Delhi: Launching a fierce attack on Congress leader Rahul Gandhi for defending his remark against women, the BJP on Saturday said the country will not forgive the grand old party because they were speaking the same language as Pakistan.

'Country will not forgive Congress party because they are speaking the same language as Pakistan on many issues,'' Union Mnister Prakash Javdekar said in his tweet.


''Today again, Rahul Gandhi refused to apologize for his statement insulting women, the Information and Broadcasting Minister said and added ''Now even if he asks for apology, the public will not forgive him.''


Party National Spokesperson GVL Narasimha Rao in his tweet said '' The more appropriate name for you Rahul Gandhi is Rahul Jinnah. Your Muslim appeasement politics and mindset makes you a worthy legatee of Mohammad Ali Jinnah, not Savarkar.''


BJP leader Sambit Patra said even if Congress leader Rahul Gandhi takes a thousand births, he cannot become 'Savarkar' and if he wants a new name, he can be rechristened as 'Rahul Sharmkar'.


''Even if he takes a thousand births, Rahul cannot become "Savarkar," he said.


''Yes, if the name has to be changed, from today we will call him Rahul ''Thoda Sharmkar'' (Have some shame),'' Dr Patra said in his tweet. Dr Patra maintained that the name is appropriate for the person who calls 'Make in India' as 'Rape in India'.


In another tweet, he said, ''For once Rahul Gandhi is right. He can never be ‘Rahul Savarkar’.


Veer Savarkar is a national icon, who has had a civilisational impact on India’s polity and will continue to be revered for generations to come. Five generation of Nehru-Gandhi family can’t measure up to his legacy.''


The Congress should reply that how come the Principal Opposition party and Pakistan play the same role, he maintained.