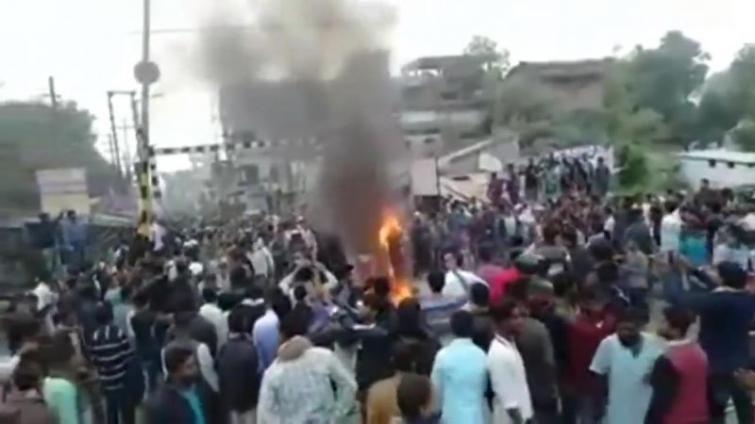 Kolkata/IBNS: Amid ongoing protests in the north-east, agitation against the new Citizenship Act reached West Bengal with demonstrators staging protests in various parts of the state and even halted train services at several stations on Friday.

Things turned violent when agitators set on fire the Beldanga railway station complex in West Bengal’s Murshidabad district and some blocked tracks and vandalised the complex at Uluberia railway station in Howrah district.

According to media reports, people thrashed RPF personnel who were deputed at Beldanga railway station.

Train services in Howrah-Kharagpur section in South Eastern railway have been disrupted due to public agitation staged at Uluberia on non-railway issue.

Apart from this, 11 EMU local and passenger trains were detained and controlled at various stations in the section.

Demonstrations against the bill were also held in Kolkata.

Several demonstrators blocked National Highway 6 to protest against the Act.

West Bengal Chief Minister and Trinamool Congress (TMC) supremo Mamata Banerjee has announced a mega rally which will be held here on Monday against the new controversial Citizenship Act.

The TMC along with several key opposition parties are against the Citizenship (Amendment) Bill, 2019, which is now a law, right from day one as they say the Act is a violation of right to equality guaranteed under Article 14 of the Constitution.