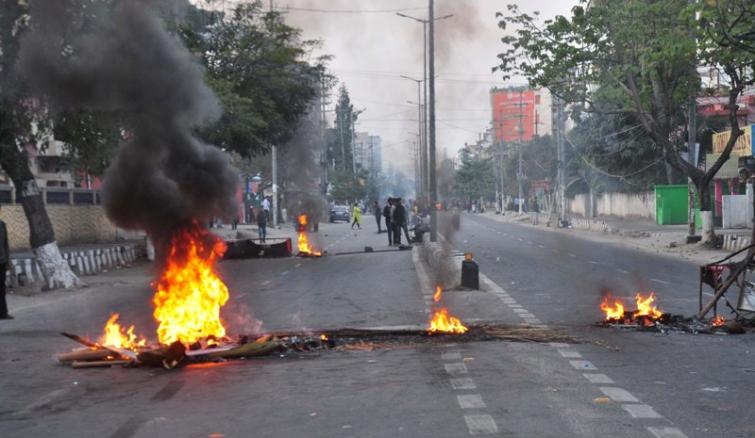 Guwahati: The situation in Assam over anti-CAB protests continued to remain tensed with people defying indefinite curfew imposed in various parts, including Guwahati and Dibrugarh, to participate in agitations.

Night curfew remained in place in Tinsukia and Jorhat.

Transportation sector continued to be hit several, with no buses plying in most parts of eastern, central and northern parts of the state, and nearly 70 trains cancelled for the next two-three days.

Three persons have so far died in police firing on agitators at different parts of Guwahati on Thursday, though no reports of clashes between security personnel and protestors were reported in the city today.

Sporadic incidents of road blockade in the city were reported in the morning, but the situation remained largely normal.

The Kamrup (metro) district administration has launched a drive to clear all roads of debris and burnt vehicles and other materials. 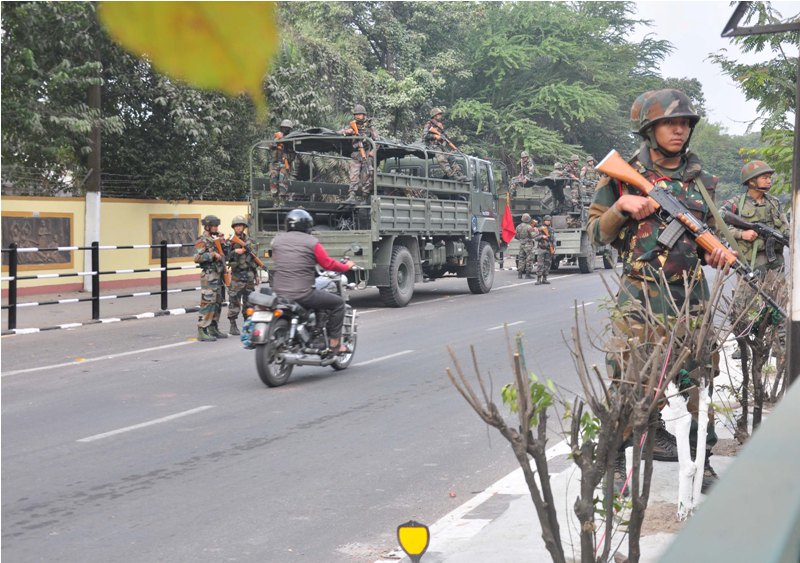 After hundreds had defied curfew on Thursday to attend a protest rally at Latasil Field in the city, scores of people once again came out today to participate in a 10-hour mass hunger strike at Chandmari Field, called by the All Assam Students Union (AASU).

AASU advisor Dr Samujjal Bhattacharyya, addressing the gathering, outlined the next few days agitational programmes of AASU and said all protests in the evening have been suspended for the next week, but protests during the day will continue.

While tomorrow the AASU committees will meet at the local levels to chart out local agitations, from December 16 to 18, ‘satyagraha’ will be staged in front of all local government offices across the state.

The AASU will join a protest through musical ways, planned by the artists’ fraternity, at Guwahati on December 15.

He also informed that an anti-CAB protest will be staged in front of the Indian High Commission in London tomorrow.

In Dibrugarh, curfew was relaxed for five hours till 1300 hours to enable the people to procure essential items.

Similarly, curfew was also relaxed for several hours under Tezpur and Dhekiajuli police station areas in northern part of the state.

Tinsukia and Jorhat continued to remain under night curfew, and Army was assisting the civil administration in all the curfew-bound parts as well as few other places in restoring law and order.

Internet services continued to remain suspended since the evening of December 11.

In view of the prevailing situation, the state government has set up emergency Help Desk Numbers for all concerned, an official statement said here today.
The State Emergency Operation Centre (Toll Free No: 1079 and Mobile No : 94010-44617) and the District Emergency Operation Centre situated at D.C. Office, Kamrup (Metro) toll free No : 1077, Tel No : 0361-2733052 may be contacted during emergency.

Meanwhile, distribution of food packets, drinking water and first aid medicine etc. at the LGBI Airport, Railway Station at Paltan Bazar and Kamakhya in Guwahati and ISBT at Guwahati have started among the stranded passengers.

Assam has been opposing the Citizenship (Amendment) Bill, 2019, (CAB) that seeks to grant Indian citizenship to illegal Hindu, Parsi, Sikh, Jain, Buddhist and Christian migrants from Bangladesh, Pakistan and Afghanistan, who had entered India prior to December 31, 2014, without any documents.


The Bill has already been notified by the government, after both the Houses of the Parliament passed it earlier this week.


However, people of North Eastern states, especially Assam and Tripura, are demanding its revocation as they fear being 'overrun' by non-Muslims from neighbouring Bangladesh.