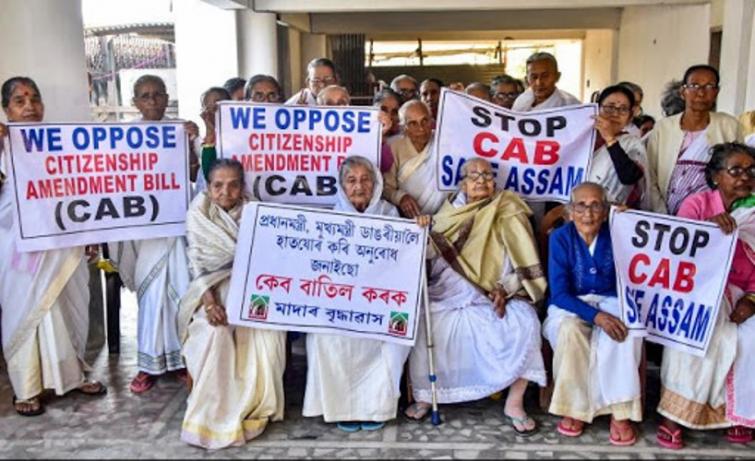 In Guwahati, the protesters set ablaze a two-wheeler at Hatigaon area and also attacked few more vehicles at Noonmati, Zoo road area in the capital city of Assam on Tuesday.

The protesters also vandalized few shops and restaurants in Guwahati and other parts of the state.

Several of them were also injured in clashes with security personnel in Guwahati and other parts of the state.

In Guwahati, at least five protesters were injured when the security personnel resorted to lathi-charge and fired tear gas shells in DownTown, Sixmile and Maligaon area.

The North East Students’ Organization (NESO) – an umbrella organization of different students unions of the region, on Tuesday, called an 11-hour North East bandh to protest against the Citizenship (Amendment) Bill which began from 5 am.

The protesters came out on the streets and burnt tyres and shouted slogans against the bill.

In Guwahati, Assamese artists, singers and several hundreds of people took out a protest rally against the Citizenship (Amendment) Bill and said they won’t accept this bill because it is unconstitutional and communal.

Assamese actress Barsha Rani Bishaya said that this bill violates the Indian Constitution and the cultural activists of Assam will move to the Supreme Court against the bill.

On the other hand, Assamese singer Dikshu said that – “We are protesting against the bill from the very beginning, but they never considered our emotions."

“We are now requesting the government to withdraw the bill otherwise the Assamese people will become the minority,” Dikshu said.

Besides Guwahati, thousands of people came out on the streets to protest against the bill across different parts of the state. Security has been beefed up in Guwahati and other parts of Assam to maintain law and order situation

Movement of vehicular traffic has been paralysed in Guwahati and other parts of Assam and North Eastern region during the bandh.

Shops and business establishments in many places, including in major parts of Guwahati, remained closed.

Nagaland has been exempted from the purview of the bandh due to the ongoing Hornbill festival.

But, the Naga Students’ Federation (NSF) will stage protest against the bill in front of the Raj Bhawan in Kohima on Tuesday.

On the other hand, district administrations have imposed Section 144 in several districts in Assam including Tinsukia, Sonitpur, Lakhimpur districts following the ongoing protests against the bill.

Assam police have also directed all districts police to take appropriate measures to tackle any untoward situation and security deployment also increased at the offices of BJP and AGP in different places of the state.

On the other hand, in the wake of North East bandh on Tuesday, the authorities of Gauhati University, Cotton University and Dibrugarh University have postponed all examinations and classes of the day.

The Citizenship (Amendment) Bill 2019, if passed by the Rajya Sabha on Wednesday, will grant citizenship to all non-Muslim refugees who came to India from Bangladesh, Pakistan and Afghanistan on or before Dec 31, 2014.

The bill has courted controversy as several opposition parties claim that the CAB violates Article 14- which provides the right to equality- of the Constitution.

The CAB was passed in Lok Sabha with the support of 311 members while 80 MPs opposed it.