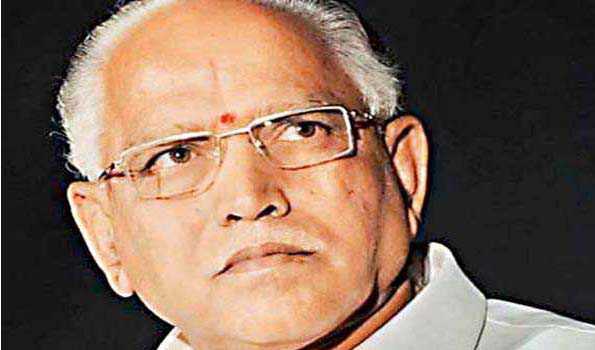 Bengaluru/UNI/IBNS: Armed with resounding victory in the December 5 by-election, Karnataka Chief Minister B S Yediyurappa would be leaving to Delhi shortly to discuss with party High Command and senior party leaders about his Cabinet expansion on Monday.

Beaming after his party won 12 MLA seats of the total 15 at stake, Yediyurappa told the media at his residence here that " I am leaving for Delhi within next two days and discuss with Party National President Amit Shah, Working President Nadda and with other senior leaders about expansion of Cabinet".

"I will fulfill the promise made to the disqualified MLAs before giving them party tickets to make them Ministers if they win the by-poll. About those disqualified MLAs who lost the party high command will take decision as how to accommodate themn the party since because of them only BJP could form the Government in the State," he said.

Yediyurappa further said that the win has given a befitting reply to opposition parties which were expecting fall of BJP government after the results were announced.

"However, at least now the opposition parties should cooperate with the government for smooth functioning and to provide a stable government for next three and a half years tenure left," he stated.

The CM added that "we will win 150 seats in the next Assembly election and gift it to the High Command and top leaders sitting in Delhi."