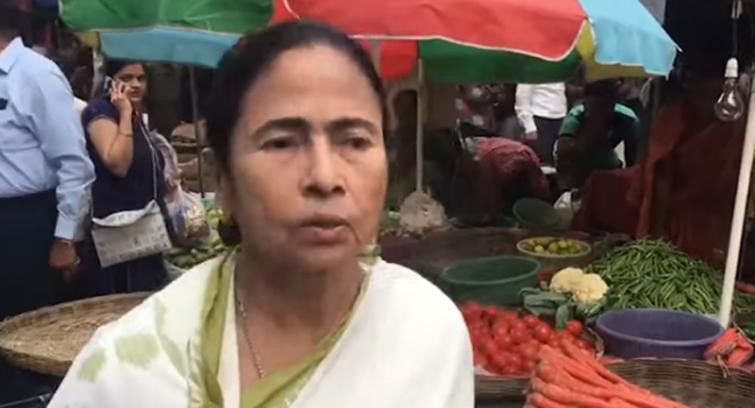 She spoke with buyers and sellers in the market.

Meanwhile, fair price shops, set up by the state government, across the city are selling onions across Kolkata to make the vegetable available to the common people at a reasonable price.

Onions will be available at all the 935 fair price shops at Rs 59 per kg per family from Monday in Kolkata.

Chief Minister Mamata Banerjee had instructed the state government’s supply chain and sales point known as Sufal Bangla to market onions at a maximum of Rs 59 per kg.

With the price of onions touching Rs 150 per kilogram in Kolkata, the West Bengal Government has announced it will sell the vegetable at a subsidised rate from fair price shops in the city.

The state government will not only subsidise the price of onion but also bear the cost of transportation, distribution and losses in transit.

The decision has been taken following a meeting between officials of the state food and supplies and agricultural marketing departments with the dealers of the fair price shops at Khadya Bhawan on Sunday.

Each family will get at most 1 Kg onion at a time on producing ration cards, a Food and Supplies official said.