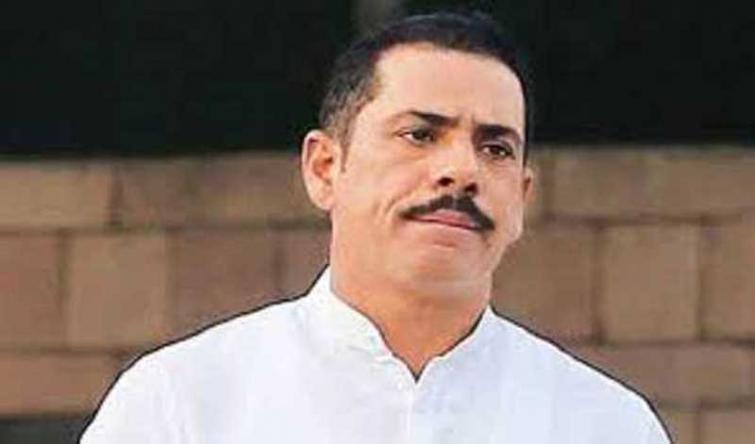 Special Judge Arvind Kumar, after hearing submissions on behalf of both sides, allowed the application of Vadra to go abroad on the terms and conditions.

Directorate of Enforcement has accused Vadra of Money Laundering.

It has alleged that Vadra has violated the provisions of Prevention of Money Laundering Act in the purchase of an upscale mansion at 12, Bryanston Square in London, which has an estimated value of 1.9 million pounds(1 pound sterling= Rs 85). He is further facing allegations of shadowy land deals in Haryana and Rajasthan during the regime of the previous INC Governments.

Vadra, who has sought to travel abroad for medical treatment and business purpose, submitted that he has always cooperated with the investigating agency and appeared whenever summoned.

He asserted that there is no risk of tampering with any evidence as the investigating agency has already seized every document related to the case.

ED opposed the application, contending that Vadra, who is scheduled to fly out today, approached the court at the last moment leaving inadequate time for it to verify details.

Counsel for Vadra submitted that Directorate of Enforcement is carrying out a "fishing and roving enquiry" and has no material to support the allegations made against him.

Vadra, defence contended, has no properties outside India whatsoever nor does he have any beneficial ownership of any property outside India.

He said that Vadra needs to travel to Spain for medical treatment and business purpose as during his recent medical checkup, a new complication was diagnosed.