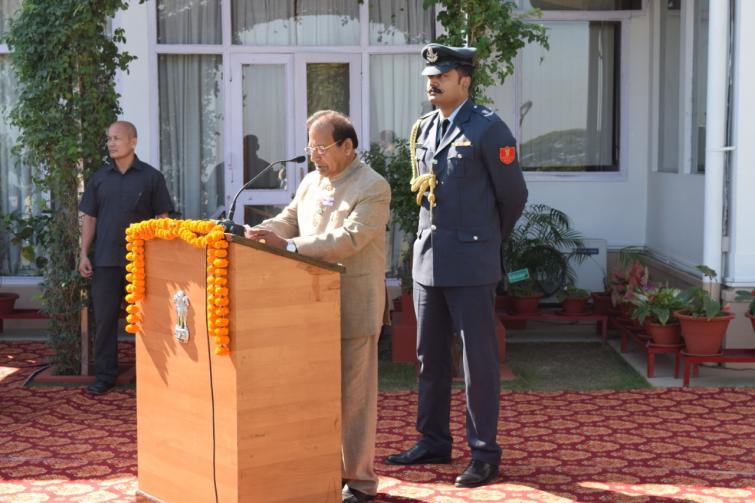 Guwahati/IBNS: The Armed Forces Flag Day 2019 was celebrated at Raj Bhawan in Assam city of Guwahati on Saturday.

The occasion was held to honour the Armed Forces personnel who are safeguarding the nation’s frontiers.

A total of 8 Gallantry winners, 30 war widows 05 war disabled, 25 Retd Officers and 10 civil admin officers were present in the function.

Assam Governor Prof Jagdish Mukhi, while addressing the gathering of Veer Naris, Disabled Soldiers Veterans and serving Armed Forces personnel, expressed his admiration for valour and sacrifice of the brave soldiers and veterans.

He re-affirmed his government’s commitment for the welfare and rehabilitation of all veterans and their dependents.

It may be mentioned that Directorate of Sainik Welfare, Assam has collected a total of Rs 32.60 lakh as a contributions from the citizen in this year alone.

The Assam Governor also released a Wall and a Table Calendar, which highlights the activities of the Directorate of Sainik Welfare, Assam involved in welfare, wellbeing and rehabilitation of Ex Servicemen in the State. He also interacted with the Veterans, Veer Naris and their children.