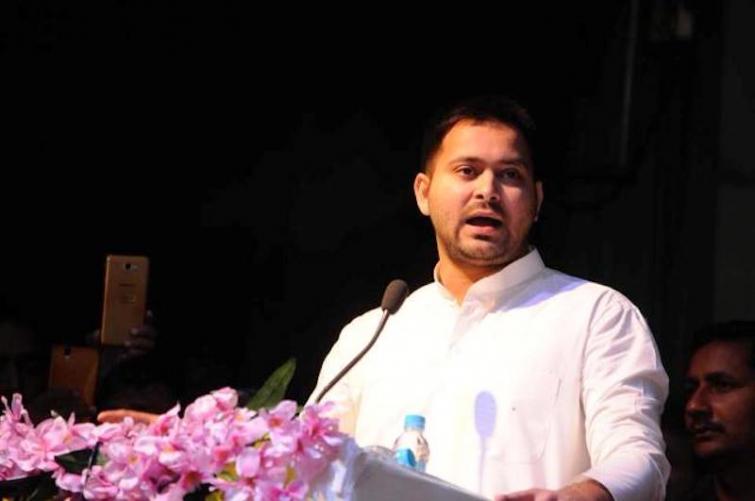 Would have been Bihar CM if I had compromised: Tejaswi

Koderma/UNI: RJD's star campaigner Tejaswi Yadav claimed that if he had compromised or bowed down he would have been the Chief Minister of Bihar and his father Lalu Prasad Yadav would have been also out of jail.

Addressing an election rally in this district, Tejaswi said that since he did not compromise, therefore, the BJP framed cases against him, his brother, mother, married sisters and their in-laws.

He said that hi father had told him not to get scared in any situation and in difficult times, he should go to the court of the people.

Tejaswi said that he, therefore, came in front of the people of Jainagar and for the first time appealing them to vote for RJD.

Tejaswi said it is the BJP which is responsible for the mess in Jharkhand as  the party has ruled here for 16 years.

He said while onion has become Rs 120 per kilogram the media houses were busy showing debates on India, Pakistan, Imran Khan.

Tejaswi said the finance minister claims that she does not eat onions but her not eating will not have an impact on those who use it.

He said in the days of the UPA when the prices touched Rs 60 per kilogram of onion the BJP leaders used to wear a garland of the onion and resort to agitation.