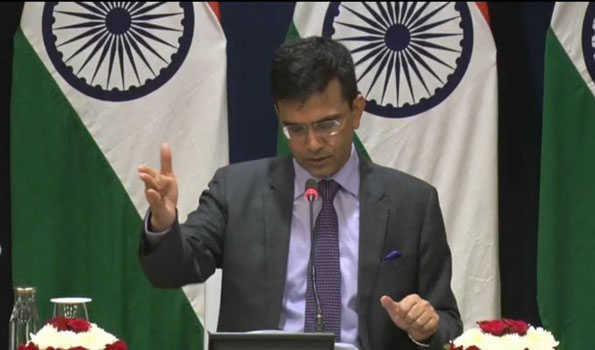 Efforts on to bring back bodies of six Indians killed in Sudan, 33 Indians safe, says MEA

New Delhi/UNI: External Affairs Ministry is in contact with the families of six Indian citizens who lost their lives in a blaze in a factory in Sudan recently and efforts are on to bring back their bodies home.

At his weekly media briefing here on Friday, Raveesh Kumar, spokesperson of Ministry of External Affairs, said: ``Our efforts will also be focused how to repatriate the bodies of those who have lost their lives.’’

He said that 58 Indian workers were working in the factory in Sudan and six of them were killed in the incident. He said that eight Indian nationals were in hospital and 11 people are still unidentified. He said that 33 Indians were safe.

On abduction of Indian nationals on December 3 in Nigeria, the spokesperson said that 18 Indian nationals who were crew members at the ship ``Nave Constellation’ at high seas near Nigeria were abducted from the ship. ``We are working closely with the Nigerian authorities,’’ he added.