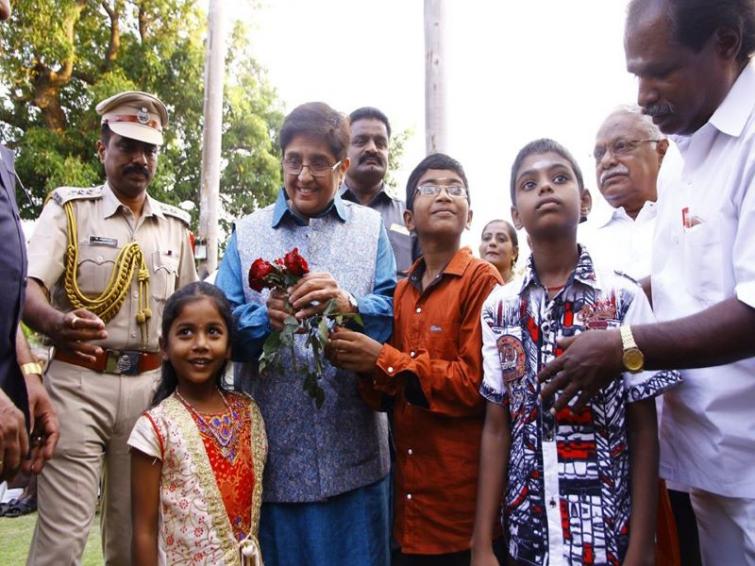 Parents only controlling girls, not keeping watch on their boys: Kiran Bedi on Telangana Rape

Reacting to the gruesome rape and murder of a 26-year-old veterinarian near Hyderabad,  Bedi insisted that parents should keep their sons under control and keep a watch on their activities to prevent crime against women.

She said the reason behind the rising crimes against women is the way the parents are raising their sons and their lack of control over them.

Bedi, who is the first woman IPS officer of India, pointed out the practice of controlling girls by Indian families while going loose on their boys.

The 1972 batch IPS officer said some families were even scared to ask their grown-up sons to return home early.

She insisted that education bereft of moral values is dangerous for the security of women.

On the issue of policing, the she said visible motorcycle police patrolling should be increased. She said increased police mobility on roads will instill fear on the potential wrongdoers, adding that criminals should be afraid of getting caught.

The former cop said the punishment for such crimes should be exemplary and implemented while the incident is fresh.