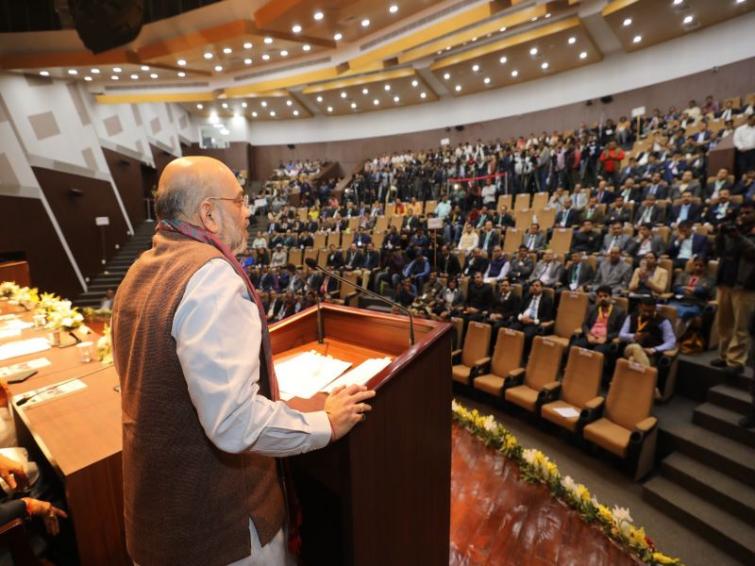 Itanagar, Nov 30 (UNI) Union Home Minister Amit Shah on Saturday held a meeting with various stakeholders from Arunachal Pradesh to discuss on the proposed Citizenship Amendment Bill (CAB) in New Delhi, and assured that the Centre will sincerely consider all the concerns raised by them in the said Bill to protect the interests of all the Arunachalees.

During the meeting, chaired by Home Minister, Chief Minister Pema Khandu initiated and raised the concerns of the indigenous tribal communities of Arunachal Pradesh and conveyed the State unequivocally opposes the CAB, 2016 subsequently marked as CAB, 2019, an official communique from the CMO said.

The CM appealed that special provision is required to protect the interests of indigenous tribal communities of the State which shall be in accordance with the strong public sentiments, it said.

He further said that all provisions of the Bengal Eastern Frontier Regulation, 1873 and the Chin Hills Regulation, 1896  need to be incorporated in the proposed Bill, the statement said.

The Union Home Minister after hearing all the stakeholders present at the meeting, assured that entire regime of Inner Line Permit (ILP) of Arunachal Pradesh, including applicable provisions of the Bengal East Frontier Regulation, 1873 and the Chin Hills Regulations 1896, will be suitably incorporated in the proposed CAB, the release said.

He further assured team Arunachal led by Pema Khandu that there will be zero impact to the State of Arunachal Pradesh as the Government of India will sincerely consider all the concerns raised by them in the CAB, 2019 to protect the interests of all the Arunachalees, it added.

The CAB, is likely to be tabled in the on-going winter session of Parliament, seeks to grant Indian citizenship to persecuted religious minorities from Pakistan, Bangladesh and Afghanistan.