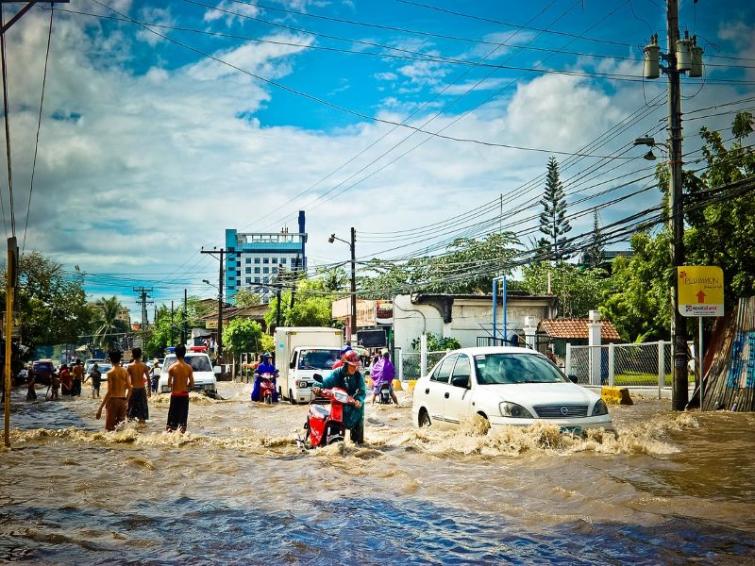 As the North-East Monsoon became vigorous, Puducherry was experiencing rainfall since the last one week. However, it was only during night time. There was only occasional drizzling during the day time.

Six girl students of the Kannagi Government High school were injured yesterday afternoon as a branch of a Neem tree under which they were sitting broke and fell over them.They were treated at the Villianur primary health centre.

Ten meter long compound wall of the Indira Gandhi Sports Complex at Ouppalam collapsed under the impact of the rain early on Saturday. Rain water also flooded the sports ground.

Being Saturday, it is a holiday for all schools here. However, all colleges are open and the students are having a tough time to reach their colleges.

The main lakes in Puducherry are fast filling up due to heavy rain.