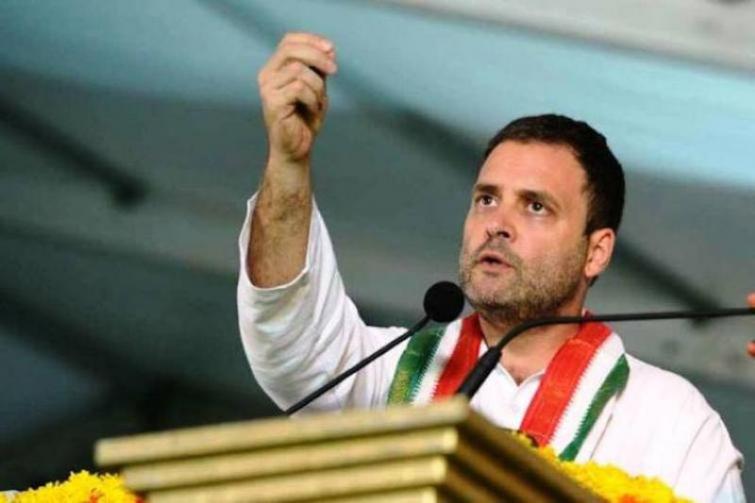 New Delhi/UNI: The Lok Sabha Secretariat will be examining the merit of the complaint and privilege notice from BJP MP Pragya Thakur against Congress leader Rahul Gandhi for calling her a "terrorist".

Sources said the privilege notice submitted by BJP MP will then be forwarded to the Lok Sabha Speaker Om Birla.

Thakur, was on Friday forced to tender unconditional apology twice in Lok Sabha for her 'remarks' on Nathuram Godse - which however she has denied.

The Bhopal MP had complained in the House itself on Friday that Rahul Gandhi, a member of Lok Sabha, had called her a "terrorist" even though there is no court conviction against her.

The former Congress president had called her a "terrorist" on Twitter on Thursday and also said on Friday that he stands by his comments.

In the post-Question Time session on Friday, Thakur said: "A member of the House referred to me as 'terrorist'. It is an attack on my dignity."

Thakur, who was arrested and was in custody over Malegaon bomb blasts, said, "No charges against me have been proven in court."

She joined the BJP on Apr 17 and was fielded by the ruling party from Bhopal against Congress veteran Digvijaya Singh.

BJP MP Nishikant Dubey has supported Thakur's observation and said privilege notice ought to be served to Congress leader Gandhi for his remarks against an elected 'woman member' of the House.