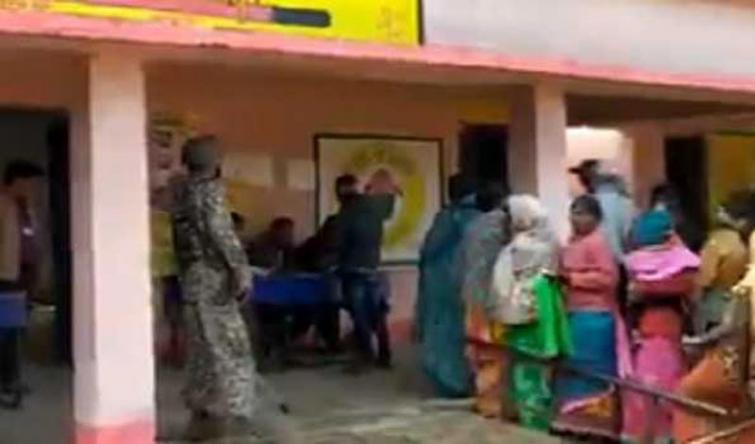 Gumla/UNI: Ultras belonging to the proscribed CPI (Maoists) tried to create disturbance during the ongoing polling process as they carried out a blast under Bishunpur Assembly area of the this district.

However in the blast no casualties were reported. Police said that the Maoists destroyed a bridge on the Ghaghra-Kaththokwa road which is located on the bordering areas of Gumla and Latehar districts.

Earlier on Friday, Maoists had also thrown pamphlets in the area calling for poll boycott. Post the incident, additional troops were rushed to the spot.

Gumla DC Sashi Ranjan said that the incident has no impact on polling which was going smoothly in the constituency.

Gumla and Bishunpur are among the 13 seats where polls are underway during the first phase of elections in Jharkhand.