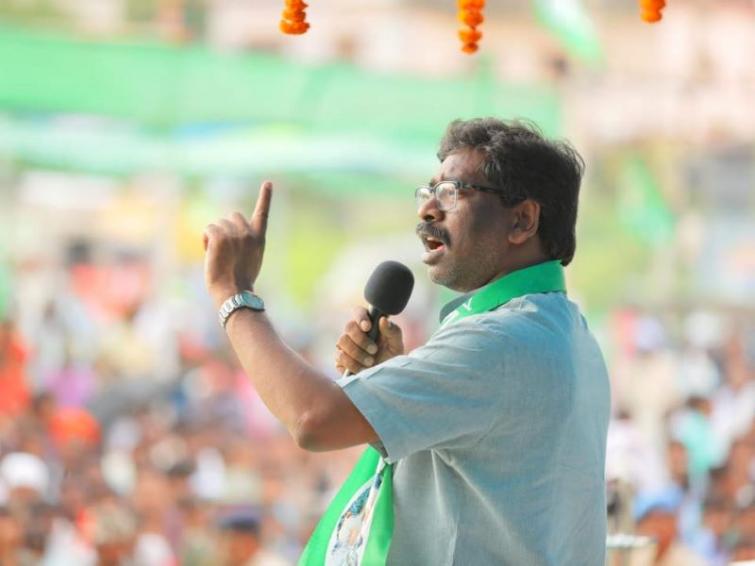 Voting will be held in Dumka in the fifth and final phase on December 20.

In a brief interaction with the press, he said in this election the people of Jharkhand will pack off Chief Minister Raghubar and his clan.

When asked about his defeat in the previous assembly elections from Dumka, he said winning and losing were part of the election process.

Earlier before filing his nominations Hemant Soren took the blessings of his mother Rupi Soren and father Shibu Soren.

In the high profile Dumka seat, Hemant will once again lock horns with Welfare Minister Louis Marandi, who had defeated him in the previous elections and is once again in the race as the BJP nominee.

Hemant, who is also contesting from Barhet (Reserved ST) seat, will file his nominations on the seat on December 2.

In 2014, he had emerged victorious from this seat. December 3 is the last date of filing of nominations for seats going to the polls in the fifth and final phase.