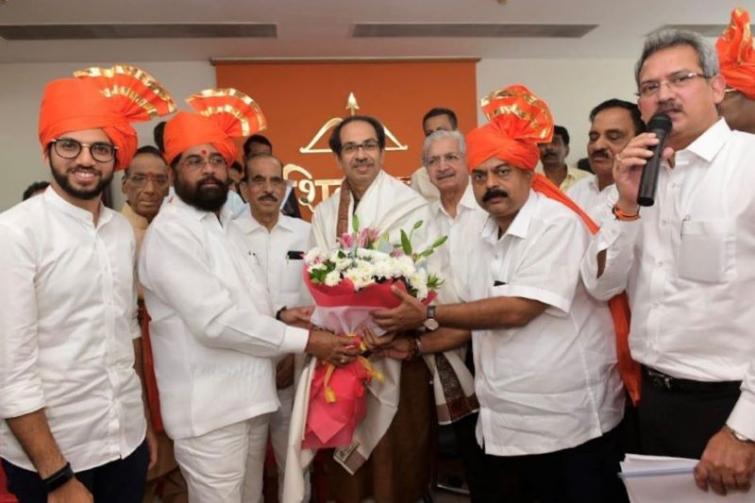 Mumbai/IBNS: After the month-long political drama, Shiv Sena chief Uddhav Thackeray is all set to become the first in his family to become the Maharashtra Chief Minister.

The Sena-NCP-Congress alliance or Maha Vikas Aghadi is set to choose Uddhav as its leader paving way for the son of Bal Thakceray to become the Chief Minister.

BJP MLA Kalidas Kolambkar has been appointed as the Pro-Tem Speaker.

Kolambkar will administer the oath of all the MLAs in the assembly on Wednesday.

Fadnavis resigned after NCP leader Ajit Pawar, who had earlier extended his support to the BJP, stepped down as the Deputy Chief Minister on Tuesday.

Ajit on Saturday took oath as Fadnavis' deputy claiming he along with 35 of his party MLAs had extended support to the BJP though most of them later returned to NCP chief Sharad Pawar.

"Today Ajit Pawar said he will resign so we don't have the majority. So the BJP decided not to continue. We always said we won't horse trade," Fadnavis said.

On the other hand, the BJP, the single largest party, has 105 seats.

The Sena-NCP-Congress alliance moved the Supreme Court on Saturday evening against the government formation by the BJP under Chief Minister Fadnavis.

Giving its judgement on the plea filed by the Aghadi, the top court on Tuesday ordered a floor test by 5 pm on Wednesday.