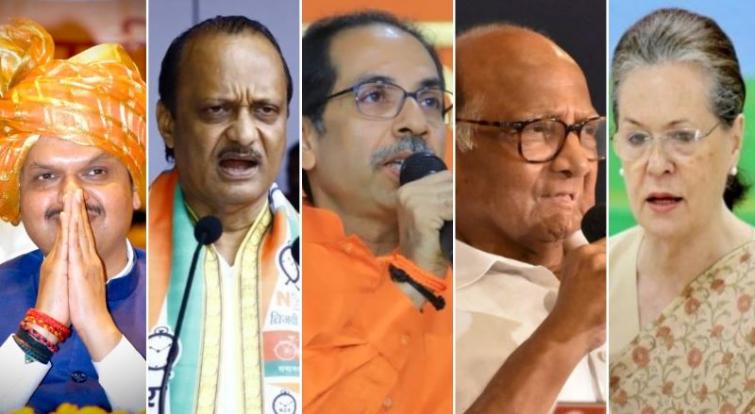 New Delhi/IBNS: Amid the ongoing political tussle in Maharashtra, the Supreme Court on Tuesday announced that the Floor Test in the state assembly will be held on Nov 27.

The apex court gave the order on the petition jointly filed by NCP-Congress and Shiv Sena against the formation of BJP-led state government in Maharashtra last week.

According to reports, the test should be completed before 5 pm on Wednesday.

A three-Judge bench headed by Justice NV Ramana directed that the floor test should be telecast live and the voting in the assembly should be undertaken through 'open ballot'.

The bench which also comprise Justice Ashok Bhushan and Sanjiv Khanna, said that Maharashtra Governor will appoint a pro-tem speaker, under whom the newly elected members will administer their oath.

We all welcome the interim order by Hon SC. On this Constitution Day the SC has rightly upheld the democratic spirit enshrined in the Constitution. I am sure BJP’s desperation & lust of power will come to an end by tomorrow. The illegitimate CM @Dev_Fadnavis must resign.

Reacting to the development, Congress leader Prithviraj Chavan said: "We are thankful to the court for the order."

We welcome the Supreme Court decision to hold the Maharashtra Floor Test tomorrow. This is a victory for the #ConstitutionofIndia, a victory for democracy & a victory of the truth. https://t.co/L89W67LyaA

"We ask CM Devendra Fadnavis to offer his resignation to the Governor today," he said.

The twist to the Maharashtra politics came on early Saturday morning when NCP chief Sharad Pawar's nephew and party leader Ajit handed over a letter to the Governor supporting the BJP.

Meanwhile, in a bid to come to power, top leaders and MLAs of Shiv Sena, Nationalist Congress Party (NCP) and Congress displayed a show of strength at a five-star hotel in Mumbai on Monday evening.

How the political crisis started?

After the election results were declared on Oct 24, the Sena demanded 50:50 power share in the government and rotational Chief Ministership from the BJP which didn't entertain right from the first day.

Eventually, the Sena fell out with its oldest ally slowly moving towards the NCP and Congress.

After the BJP, which has won 105 seats, refused to stake claim to form the government, Governor Koshyari had asked the Sena to do so. However, the Sena, which has just 56 seats, failed to cobble up the number following which NCP, the third largest party, was asked to stake claim.

However even before the allotted time expired, the Governor on Nov 12 asked the Centre to impose the Presidential rule drawing much criticism from the Opposition.