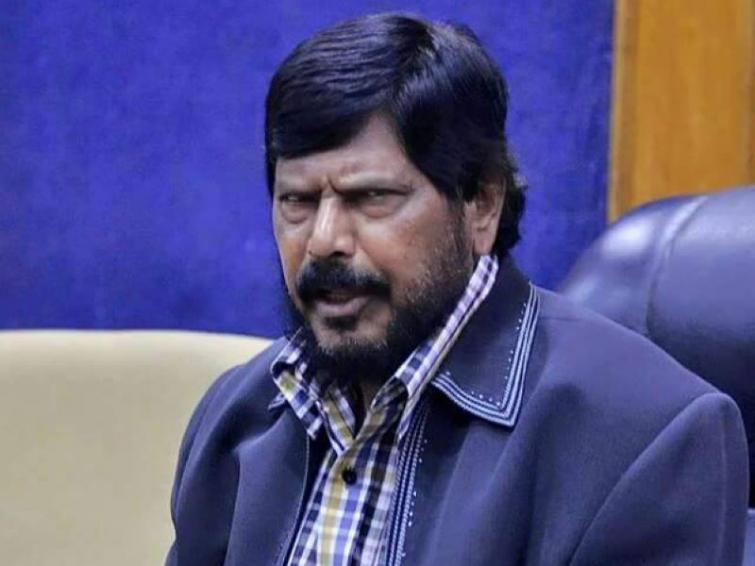 Athawale advises Pawar to join NDA, says he may get plum portfolio at the Centre

Patna/UNI: Hours after dramatic turn of events in Maharashtra where Governor Bhagat Singh Koshyari administered oath to Devendra Fadnavis as Chief Minister this morning with support from a faction of NCP, Union Minister and president of Republican Party of India (RPI) Ramdas Athawale today advised NCP chief Sharad Pawar to join NDA, hinting that he might get plum portfolio in Narendra Modi cabinet.

Mr Athawale, while reacting over dramatic turn of events in Maharashtra said that Mr Pawar should also join NDA and he might be accommodated in Narendra Modi government with plum portfolio.Shiva Sena was to be squarely blamed for the political impasse created in Maharashtra after assembly elections, he noted.

RPI president, while responding to a query on difficulties might be faced by NCP
faction headed by Mr Ajit Pawar, nephew of Mr Sharad Pawar in engineering split in the party before the floor test on November 30, said that senior Pawar should also revise his stand and join the NDA camp in facilitating the smooth functioning of newly sworn in Fadnavis government in Maharashtra.


As it is, in a surprise move, Governor Bhagat Singh Koshyari administered the oath to Mr Fadnavis and Mr Ajit Pawar as CM and Deputy CM respectively at the Raj Bhavan in Mumbai around 7:30 am. Earlier, speculation was rife over formationof Shiva Sena led government headed by Uddhav Thackeray with support from NCP and Congress.