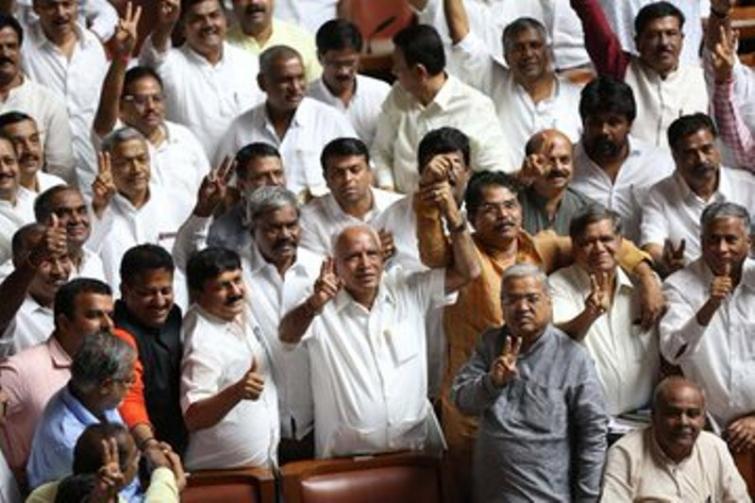 No threat to BJP govt as Cong-JD(S) declared war against themselves: Karnataka Deputy CM

Mysuru/UNI: Karnataka Deputy Chief Minister Ashwath Narayan on Friday said that the Congress and JD(S) have declared war against themselves and there is no immediate threat to BJP government in the State.

Speaking to reporters, the Deputy Chief Minister said the BJP needs another six MLAs for the majority as the present strength of the Assembly is 222.

Of 224 seats, polls for two segments are pending before the Court.

Claiming that the BJP government will complete its full term, he alleged that JD(S) leaders have said they will not join hands with Congress.