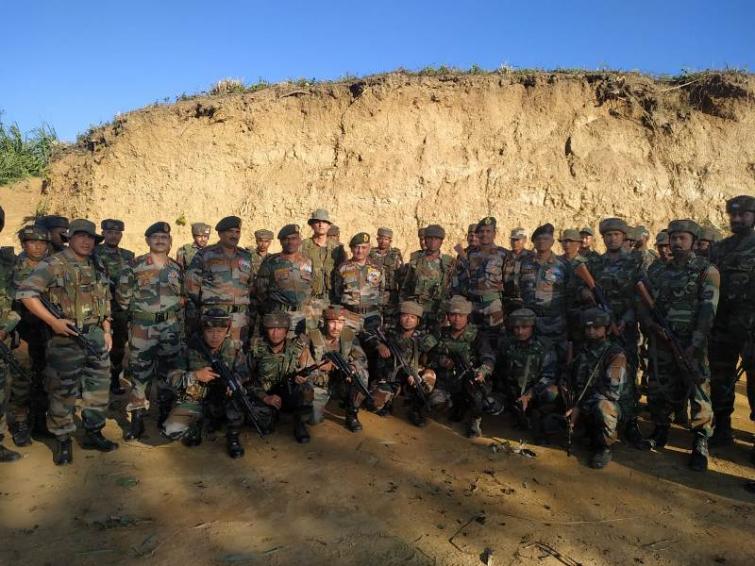 During his two-day visit to the northeastern state, the Army Commander held meetings with Mizoram Governor PS Sreedharan Pillai at Raj Bhawan and Chief Minister Zoramthanga.

He apprised them of the security-related issues and assured them of all possible assistance by the Armed Forces to the state government.

The Army Commander accompanied by senior military officers also visited forward posts along the Indo-Myanmar border and interacted with troops deployed there.

The Army Commander commended them for their professionalism and dedication to duty and exhorted them to continue the good work and live up to the motto of 'Friends of the North East'.

He commended the troops of Assam Rifles for their dedication to duty and praised their role in ensuring peace and tranquillity in the region.