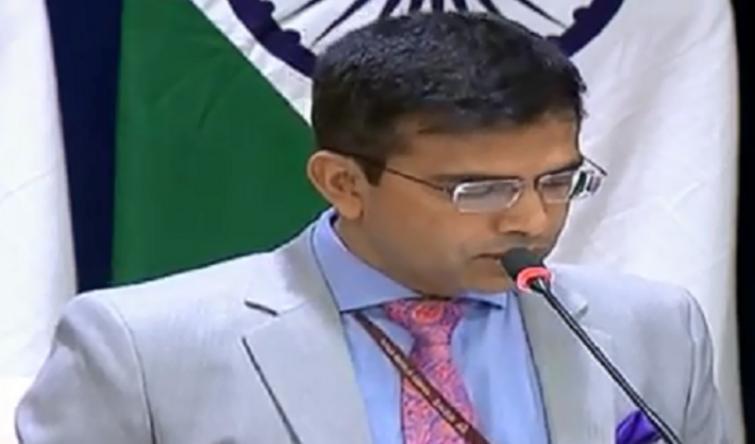 New Delhi/UNI: India has taken up with Pakistan the issue of the waiver of US $ 20 fee being levied on each pilgrim for each visit to Kartarpur.

At his weekly media briefing here on Thursday, External Affairs Ministry's official spokesperson Raveesh Kumar said that since many days India has taken up the issue of the fee being levied by Pakistan unilaterally on each pilgrim visiting Kartarpur.

He said that Pakistan has not agreed to do away with the fee so far. "We are still requesting the Pakistani side that if they remove the restrictions which the pilgrims are facing," he said.

The number of pilgrims using the recently opened Kartarpur Corridor has increased in the last few days, especially over the weekends.

The facilitation procedures are part of the bilateral agreement with Pakistan which has been finalised after the discussions of the officials from both the countries.

Any change can be undertaken only with the consent of both parties formally and not through a tweet or a statement.

A regular review is taken on the Indian side by the Empowered Committee chaired at the level of Secretary in the Union Home Ministry.

Besides new POPSKs are being opened, including at Dera Baba Nanak. Six passport camps have been organised in Punjab.

"Today, obtaining passport is not difficult and we are facilitating it as the requirement of passport is one of the conditions," the spokesperson said.