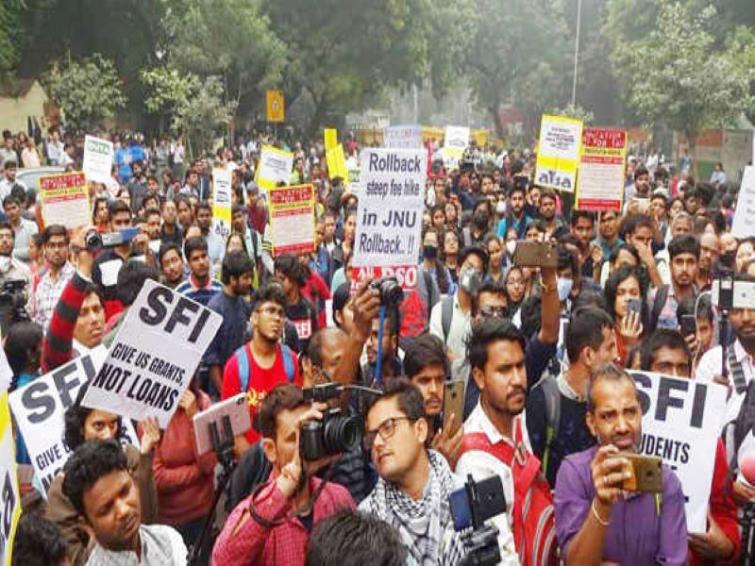 Mumbai/IBNS: Shiv Sena, which recently parted ways with BJP after a power tussle in Maharashtra, has criticized its former ally over "inhuman" lathicharge on JNU students protesting the hostel fee hike.

Shiv Sena made a scathing attack at the BJP in the editorial of the party mouthpiece Saamana saying BJP would have triggered intense protests had the Congress would have been in power at the Centre, an NDTV report said.

"The lathicharge on JNU students in Delhi was inhuman... The BJP would have created a ruckus in Parliament and organisations like ABVP would have given a call for nationwide bandh had such an incident taken place during the Congress rule," the editorial stated.

"The police force which thrashes visually-challenged (students) cannot be servants of people and protectors of law. Do not trample down at least the students. No government should run amok in this manner," the editorial added.

In the editorial, Sena also questioned the proactiveness of Union minister concerned saying he should have reached out to the students to avoid violence.

On Monday, a large number of JNU students marched towards the Parliament demanding complete rollback of the new hostel fees. The students argued that the march was a way to appeal to the lawmakers to fight on their behalf on the floor of the Parliament, the report added.