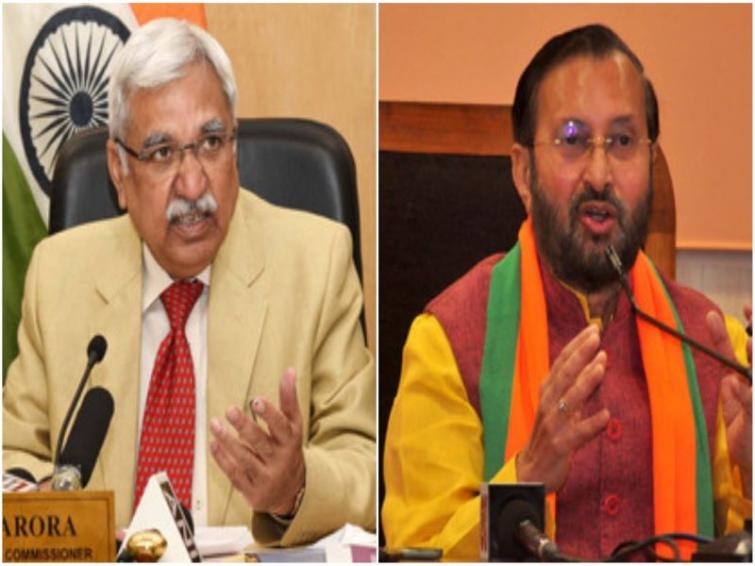 Ranchi/UNI: The Election Commission will probe the announcement of Union Forest and Environment Minister Prakash Javadekar related to withdrawal of the draft over the amendments proposed in the Indian Forest Act of 1927.

The Jharkhand Mukti Morcha had filed a complained to Election Commission about the announcement of the Union Minister stating that it was a violation of the model code of conduct and may also impact the elections in the state.

Mr Arora and his team was on a two-day-visit to the state to review the poll preparations during which he held interaction with representatives of the political parties, DCs, SPs, Chief Electoral Officer of the state, Chief Secretary, DGP etc.

Speaking on Left Wing Extremism(LWE), the Chief Election Commissioner said that the Union Home Ministry on February 25 had issued a notification in this regard where it was said that out of 24 districts 19 districts were hit with  and out of these 19 districts 13 were hit by severe LWE. Moreover, he pointed that to tackle the problems the Central government had given special assistance of 775 crores for all the state which are hit with LWE and out of that Jharkhand had received the maximum assistance at Rs 340 crore.


Mr Arora said that the recruitment process on 47 posts announced by Hindustan Copper Ltd(HCL) has been stopped as the officials of the PSU were called by the commission and asked to stop the recruitment process. He said further action will be taken against the PSU if it was found that they had issued the advertisement without prior permission. HCL had issued advertisement for hiring on 47 posts located in Musabani of Ghatshila where polls will be held in the second phase on December 7.


On the foreign funding of the NGOs, he maintained that it is the MHA which looks into the matter. However, an instruction has been given to the officials that they should consider the issue on case to case basis and not make a general assumption that all NGOs are indulged in wrong doing.