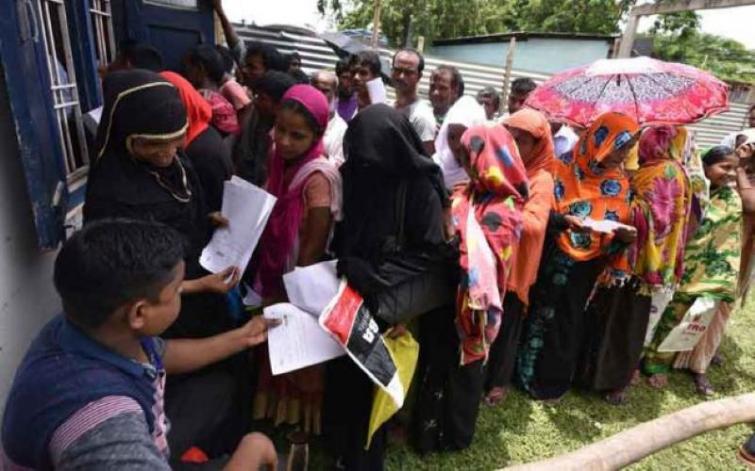 Guwahati/IBNS: Rejecting the National Register of Citizens (NRC) which was published on August 31, the Assam government has welcomed the centre’s stand after Union Home Minister Amit Shah on Wednesday told the parliament that the NRC will be implemented nationwide.

Assam Finance Minister Himanta Biswa Sarma on Wednesday said in Guwahati that, the present NRC process in Assam should be scrapped and the state wants to be a part of the national NRC process.

He further said that – “There should be one cut off year for the national NRC.”

“Assam state BJP and Assam government opinioned that, the NRC, which was prepared under the supervision of the Supreme Court and by the state coordinator Prateek Hajela in Assam has failed to fulfill the aspiration of the people of Assam. There was many lacuna and we have already pointed out in public and various forums. Various social organizations of Assam have already filed petitions before the Supreme Court seeking review of the present process. But our view is that, the present NRC process should be scrapped. We should be a part of the national NRC process. As a when the national NRC will be prepared, Assam should be made part of that national NRC process,” Sarma said.

“I think for Pan India there will be a cut off year and Assam should be part of that cut off. It may be 1971, 1961, 1966 whatever. I think, if there is a cut off for the country that will be good. Because, in a same country, you can’t have two cut offs. Let us see, on what cut off the Union government will prepare the national NRC. But our view is that, we should be part of the national cut off, there should not be a state wise cut off,” the Minister said.

He said that – “The central government is aware of the sense or the feelings of the Assam government and state BJP.”

“There is no harm in following even Assam model. Assam BJP is not saying to revise Assam Accord. We want to change Assam cut off and also saying Assam cut off can be followed by the India,” he added.