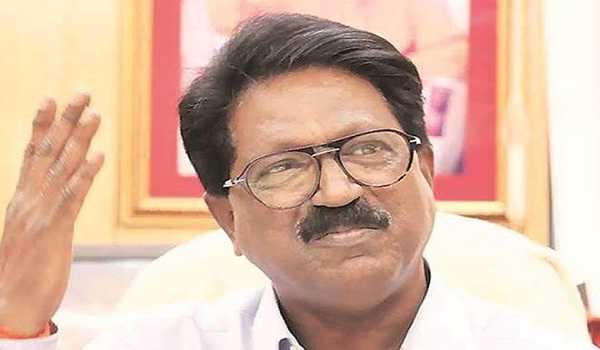 New Delhi/UNI: Minister of Heavy Industries and Public Enterprises and Shiv Sena leader Arvind Sawant on Monday resigned from Union cabinet, amid a tussle with the Bharatiya Janata Party (BJP) over the formation of a government in Maharashtra.

Obeying party decision to sever ties with its erstwhile ally, the BJP, Sawant tweeted, "Shiv Sena is on the side of truth. Why stay in the government in Delhi in such a false environment."

Sawant told reporters at his residence that the BJP had turned its back on the pre-poll promises. Therefore, "it would not be ethical for the Shiv Sena to remain in the Central government".

He said he was resigning from his post as the formula that was agreed between both the parties in the run-up to the Lok Sabha elections in Maharashtra, was not implemented due to the BJP's refusal to follow this formula.

He termed the BJP attitude as "shocking", alleging that former Maharashtra Chief Minister Devendra Fadnavis was "lying" when the latter claimed there was no understanding on sharing of chief miistership.

The Shiv Sena was on the "side of truth", while BJP was not.

Stating that the Sena was not in favour of maintaining ties, Mr Sawant said, "that is why I am resigning from the post of Union Minister."

Though the seat-sharing formula fixed between the BJP and Shiv Sena was at 50-50 ratio, he said "after the results, the BJP said that no such agreement was discussed. I can no longer work at the Centre."

Sawant was first elected to the Lok Sabha from the Mumbai South seat in 2014. He gained considerable popularity while working actively in the House. After a number of prominent leaders were defeated in the 2019 Lok Sabha elections, Mr Sawant was made a cabinet minister from the Shiv Sena quota in the Modi government.

Before joining politics, he also worked as an engineer with Mahanagar Telephone Nigam Ltd (MTNL).