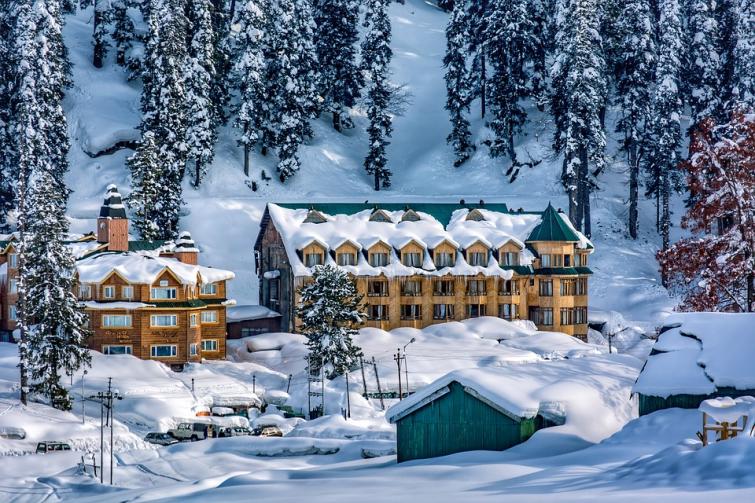 Srinagar/UNI: At least ten people were killed during the last 24 hours due to heavy snowfall in parts of Kashmir valley, which has been plunged into darkness as power supply remained suspended since Wednesday night.

The electricity to essential services, including hospitals, also remained cut off since Wednesday night in the valley, where generators are being used to power these establishments.

Meanwhile, the valley remained completely cut off from the rest of the country as Kashmir highway and Mughal road have been closed for vehicular traffic while air traffic remained suspended for the second successive day due to heavy snowfall.

An official told UNI that one Parveena Akhtar, a resident of Kulgam, died after the roof of her makeshift house collapsed due to heavy snowfall during the last 48 hours. “A PDD employee, Manzoor Ahmad, was critically injured after he fell from a poll while restoring electricity in downtown Srinagar on Thursday. He said the injured was immediately taken to a hospital where he was declared brought dead.  ''An ex-gratia relief of Rs 2 lakh has been sanctioned in favour of the next of the kin of the deceased PDD employee by district Srinagar administration,'' he said.

In another incident, a pedestrian was killed on the spot when a branch of a Chinar tree fell on him in Habak area in the city.

He said two persons, identified as Mohammad Subhan Bhat and Abdul Rashid Bhat, both residents of Budgam, died in different places due to heavy snowfall.

''Ghulam Jeelani Lone, a resident of Pulwama, succumbed at a hospital after being critically injured due to heavy snowfall,'' he said, adding that two local porters slipped and fell from a mountain due to heavy snowfall at Jumgund sector in Kupwara on Thursday. ''A search and rescue operation was immediately launched to save the porters,'' they said.

However, they said the bodies were retrieved from under several feet of snow. ''The deceased were identified as Manzoor Ahmad Khan and Nisar Khan,'' he added.

He said many houses and fruit trees were damaged in the valley due to heavy snowfall.

He said the PDD department is trying to restore power supply though due to continuous heavy snowfall the operation is being hampered. ''Due to the suspension of power supply, the water filtration plants have also shut,'' he added.