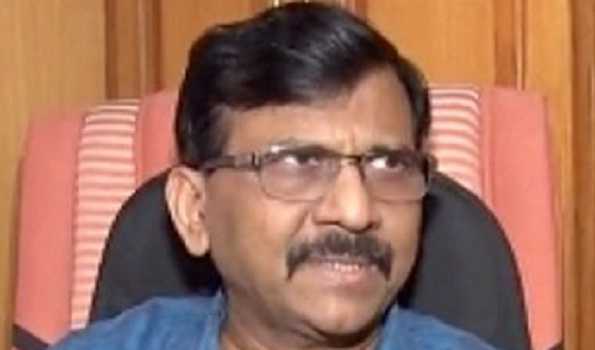 Shiv Sena can have its own Chief Minister: Saamna

Mumbai, Nov 3 (UNI) In an article published in Shiv Sena mouth piece 'Saamna', the Sena on Sunday came up with what it said was the best option and “in the interest of Maharashtra.”

The option in the current situation, the party said, was the possibility of Shiv Sena joining hands with the Congress, NCP and others to form the government.

“After BJP fails to prove its majority in the House, the Shiv Sena can stake the claim for forming the government. With the help of NCP, Congress and independents, majority figure will go up to 170. Shiv Sena can have its own Chief Minister and will have to show courage to run the government,” said Sena MP Sanjay Raut in his column, 'Rok Thok', on Sunday.

Raut said for Sena government to come into being, three parties with different ideologies will have to come together and form a minimum common programme. “The way Atal Bihari Vajyapee ran his government, we all will have to take it forward…This is in the interest of Maharashtra,” he said.