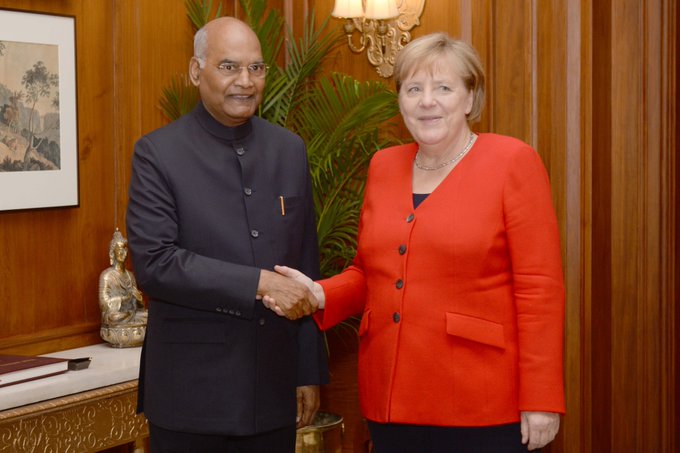 Welcoming German Chancellor to India, the President said that given India’s strong commercial ties with Germany, India considers Germany’s support important in mobilizing efforts within the European Union for early resumption and conclusion of a balanced EU-India Broad-based Trade and Investment Agreement.

This will not only send a strong positive signal to business communities on both sides but will also boost India-Germany bilateral trade and technology collaboration.

The President said that India-Germany global partnership is progressing well.

"We should work together to strengthen multilateralism and a multi-polar world order. India and Germany are rightful claimants to a permanent membership of a reformed UN Security Council.  In this regard, our cooperation as part of G-4 is important," the President said.

The President said that terrorism is a global threat that must be fought jointly by the world community and terrorist safe havens eliminated in every part of the world.

"India and Germany need to strengthen cooperation in counter-terrorism as well as coordinate their positions at the Financial Action Task Force meetings," he said.