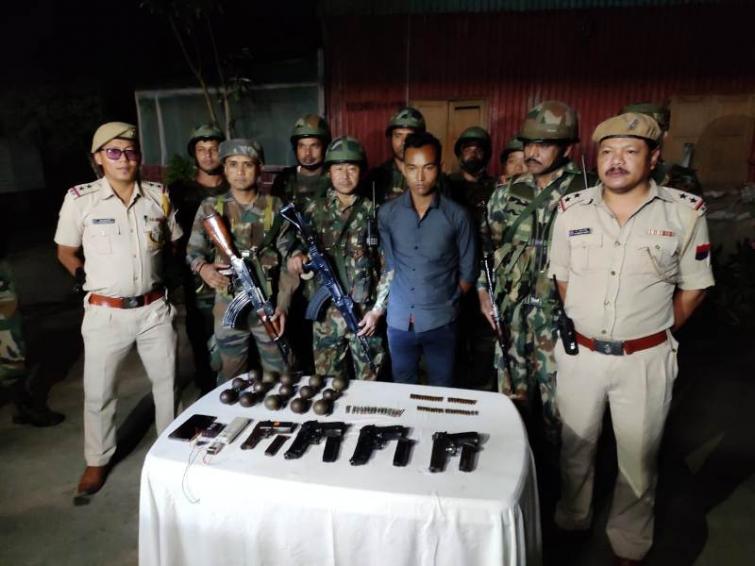 Guwahati/IBNS: The troops of Assam Rifles under the aegis of HQ IGAR (South) along with Manipur Police apprehended an Under Ground (UG) worker and recovered huge cache of arms, ammunition and warlike stores on Oct 29 evening, officials said on Thursday.

Based on a specific input of a suspected UG worker in Patsoi area of Imphal West district, the troops of Assam Rifles along with a team of Patsoi Police launched a joint operation and apprehended Hijam Romesh Singh.

On detailed search of his house, the team recovered three 9 mm pistols along with magazines, one .32mm pistol, fifteen fragmentation type Chinese hand grenades, fifteen detonators, one IED remote, twenty-two rounds each of 9 mm and.32 mm pistols and other warlike stores.

The apprehended individual along with the recovered arms, ammunition and warlike stores have been handed over to Manipur Police for further investigation.